The letter raises key issues that will still harm American workers and manufacturers. 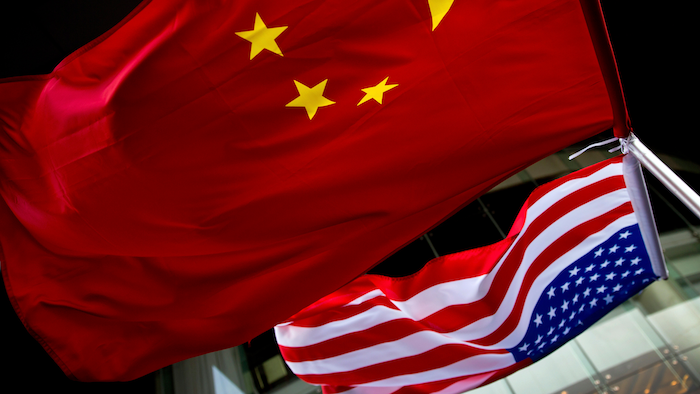 According to Scott Paul, president of the Alliance for American Manufacturing (AAM) the agreement is "completely inadequate."

Paul sent a letter to President Trump highlighting the inadequacies of the China 'Phase One' trade agreement.

According to the AAM, via the Economic Policy Institute, 3.7 million jobs have been lost to China since 2001, 2.8 million of which were in manufacturing.

Below is the letter (view PDF) Scott Paul sent to President Trump.

On behalf of the Alliance for American Manufacturing (AAM) – a non-profit, non-partisan partnership formed in 2007 by some of America’s leading manufacturers and the United Steelworkers – I write to share our views on the phase one trade agreement with the People’s Republic of China.

We appreciate how difficult it has been for U.S. negotiators to secure commitments on access to China’s market, commodity purchases of American exports, and intellectual property protections. However, for American manufacturing and its workers, the phase one agreement is completely inadequate. The agreement does not level the playing field for American workers in the U.S. or global market. With nearly all the major structural issues left unresolved – including industrial subsidies, overcapacity, state-owned enterprises, predatory investment, currency manipulation and misalignment, cyber intrusions, worker rights, environmental rules, and tax policy – we urge an immediate resumption of negotiations and sustained economic pressure.

We wish to highlight several issues that are of immense importance to American workers and U.S. manufacturing companies:

Your administration deserves credit for recognizing our nation’s flawed economic relationship with China and for taking strong measures to prompt negotiations, something no previous administration has been willing to do in such a comprehensive manner. For far too long, seemingly endless dialogue with China proved that polite requests to curtail its predatory, state-driven industrial policies do not yield meaningful results. Left to its own devices, China has repeatedly demonstrated that it is unwilling to hold up its end of the bargain. While the phase one deal falls short, the use of tariffs under Section 301 of the Trade Act of 1974 have proven to be an effective and appropriate tool to trigger negotiations with China.

Those who have criticized the use of tariffs fail to understand what is at stake. These same “experts” assured us that China would reform when it entered the world trade system in 2001. Since that time, China’s predatory economic behavior has fueled an unprecedented $5 trillion bilateral goods trade deficit, including a record $419.2 billion in 2018. Our communities have shed more than 54,000 manufacturing facilities. A staggering 3.7 million jobs, largely in manufacturing, have been lost because of this massive trade imbalance, impacting every state and nearly every sector of our economy. These trends are unsustainable and put the future of our economy, national security, and country at risk.

This is a long-term process that will require a sustained, bipartisan commitment on the part of all U.S. policymakers, including both the current and future administrations. The United States cannot afford to revert to its previous posture of endless dialogue and polite requests for reform. American workers and U.S. manufacturing companies need a deal that is comprehensive, specific, enforceable, and backed by strong and automatic penalties if Beijing fails to live up to its words – as has repeatedly been the case under previous administrations of both political parties. It is essential that we maintain pressure on China, using the leverage of remaining Section 301 tariffs to immediately resume negotiations on a phase two agreement.

We recognize your administration's efforts to date, but the phase one deal is completely inadequate and leaves much work to be done. It is of the utmost importance to the American manufacturing sector to secure a results-oriented, enforceable agreement that rebalances our lopsided bilateral trade relationship, allows our industrial base to recover lost ground, addresses China’s growing overcapacity in key sectors, immediately halts the theft of our intellectual property, and protects our economic and national security for future generations.