The two sides have raised tariffs on billions of dollars of each other’s goods, disrupting global trade and threatening to depress economic growth. 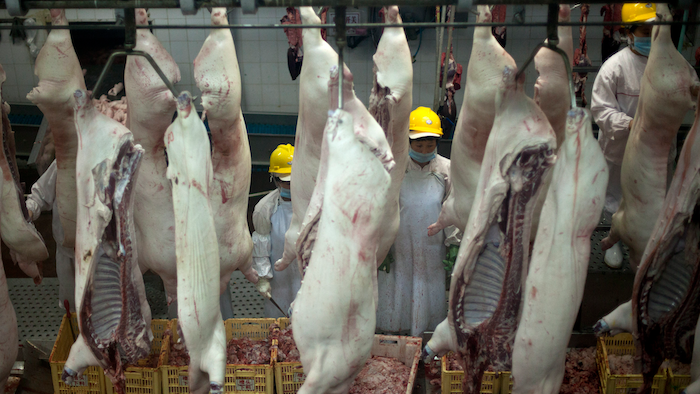 China is waiving punitive tariffs on U.S. soybeans and pork while the two sides negotiate a trade deal, the Ministry of Finance said Friday.

Beijing promised in September to lift the tariffs, adding to conciliatory steps that raised hopes for a settlement. The government announced then that Chinese importers were placing orders but no details of when the tariff exemption would take effect were released.

China is “carrying out the exclusion,” the Ministry of Finance said on its website. The ministry and the Ministry of Commerce did not respond to requests for further information.

Negotiators are working on the details of a “Phase 1” agreement announced in October by President Donald Trump.

The two sides have raised tariffs on billions of dollars of each other’s goods, disrupting global trade and threatening to depress economic growth.

Another U.S. tariff hike on an additional $160 billion of Chinese imports is due to take effect Dec. 15.

Chinese spokespeople have expressed hope for a settlement “as soon as possible,” but Trump spooked global financial markets this week by saying he might be willing to wait until after the U.S. presidential election late next year.

A sticking point is Chinese insistence that Washington must roll back punitive tariffs as part of any deal.

A Chinese spokesman repeated Thursday that Beijing expects such a move in a “Phase 1” agreement.