David Eggert
In this Sept. 20, 2019 file photo, employees at the marijuana retailer Bridge City Collective in Portland, OR, can be seen setting up the store for the day behind a row of marijuana products for sale there.
AP Photo/Gillian Flaccus File

LANSING, MI (AP) — Michigan on Friday halted the sale of marijuana vaping products until they are tested for a compound that has been identified as a culprit in e-cigarette-related lung illnesses.

The state Marijuana Regulatory Agency’s emergency rules, which prohibit vitamin E acetate, apply to existing medical marijuana businesses and those in the process of being licensed to sell for recreational use as soon as Dec. 1. Regulators noted that U.S. health officials found the compound in the damaged lungs of 29 patients across the country who were sickened from vaping.

“It is absolutely vital that patients and consumers know, with certainty, the ingredients in the products that they are using,” Lt. Gov. Garlin Gilchrist said in a written statement. “These rules require stringent testing and will continue to prioritize the health and safety of Michiganders.”

Effective immediately, businesses cannot sell previously made marijuana vaping products unless they pass new testing. Processors making new products are barred from using inactive ingredients that have not been approved by the U.S. Food and Drug Administration.

Regulators said they will inspect processing facilities twice a month to ensure compliance. Inactive ingredients added to marijuana products must be clearly listed on the label.

Vitamin E acetate is used as an additive, most notably as a thickener in e-cigarette products that contain THC, which gives marijuana its high, according to the U.S. Centers for Disease Control and Prevention. Though vitamin E is safe as a pill or to use on the skin, inhaling oily droplets of it can be harmful.

Fifty-five vaping-related lung injuries have been identified in Michigan, including a 17-year-old boy who needed a life-saving double lung transplant.

This is the second time since September that Gov. Gretchen Whitmer’s administration has taken emergency steps to limit vaping. Her ban on the sale of flavored e-cigarettes has been blocked by a state judge and is being appealed.

An industry group backed the latest rules on Friday.

“We’re fully supportive of the governor’s decision,” said Robin Schneider, executive director of the Michigan Cannabis Industry Association. “Our member’s No. 1 priority is providing safe, tested medicine to medical marijuana patients across the state. We think this will contribute significantly towards that goal.” 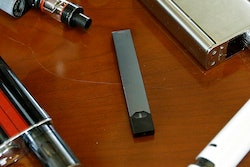 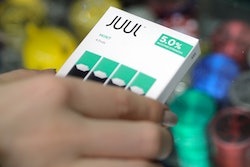 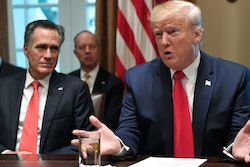