Georgia Plant Agrees to Close in Fight over Gas Emissions

The facility uses a gas that studies have linked to an increased risk of cancer.

ATLANTA (AP) — Georgia officials reached an agreement Monday to temporarily shut down a medical sterilization facility that uses a gas that studies have linked to an increased risk of cancer.

A Newton County judge signed off on a deal between the state and Becton, Dickinson and Co. to close the plant in the Atlanta suburb of Covington for a week to allow officials to take air samples.

The agreement also requires Becton, Dickinson to reduce "fugitive emissions" of ethylene oxide after it resumes operations Nov. 7 in part by reducing the quantity of product it sterilizes. It additionally sets a deadline for the installation of new emissions control equipment.

"BD entered into an agreement with the State of Georgia to ensure that the company can continue to provide critical medical devices that are sterilized in its Covington facility," the company said in a statement.

The Covington plant uses ethylene oxide to sterilize urinary catheters, feeding tubes, stents and other items that hospitals rely on. But it and other medical device plants that use ethylene oxide have faced increasing scrutiny over concerns about cancer.

The U.S. Environmental Protection Agency classified ethylene oxide as a human carcinogen in 2016 and has flagged some areas near plants that emit it for potentially elevated cancer risks.

Exposure to dangerous levels of the gas can cause cancer including leukemia and lymphoma, according to the National Institutes of Health.

Earlier this year, Illinois authorities closed a large plant owned by sterilization company Sterigenics after detecting high outdoor levels of the gas. This month, the company announced the plant would not reopen.

Another Sterigenics plant in Georgia has been closed for maintenance since August after state officials detected potentially dangerous emissions at the Atlanta facility. The company has been working to reduce emission levels from the plant.

The closures prompted the U.S. Food and Drug Administration to warn last week that hospitals could soon face shortages of critical surgical tools.

Factories that emit the gas are subject to safety standards by both state and federal environmental laws.

BD said in its statement that it's operating in full compliance with its permits and emitting a fraction of its allowable limit of the gas.

"The company remains confident in the safety of its operations and the scientific analysis that confirms that its operations do not pose a threat to employees, the community or public health," it said.

Georgia went to court earlier this month seeking a temporary closure of the Covington plant. Gov. Brian Kemp said in a statement that Monday's agreement "allows for cleaner operations and improved, long-term accountability at BD's medical sterilization facilities in Covington" and another location. 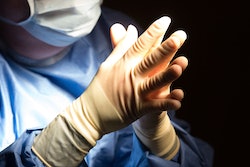 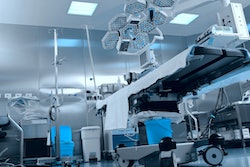