CEO will Tell Congress that Boeing Made Mistakes on Max Jet

Chief exec. Dennis Muilenburg says that after Boeing finishes upgrading flight-control software on the Max, it will be one of the safest planes ever. 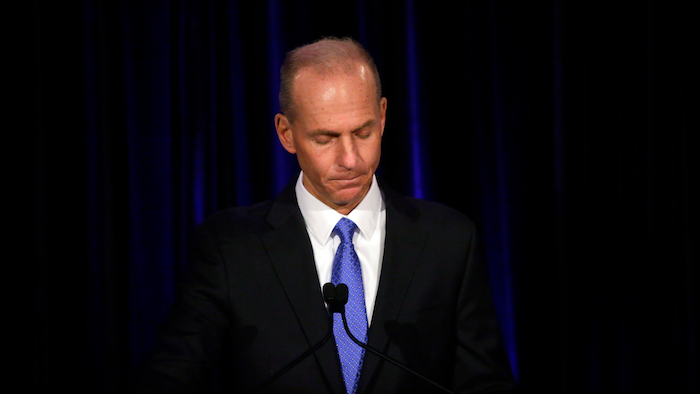 On the anniversary of the first crash of a Boeing 737 Max, the CEO will begin two days of testimony before Congress by telling lawmakers that the aircraft company knows it made mistakes and is throwing everything into fixing the plane.

Dennis Muilenburg says that after Boeing finishes upgrading flight-control software on the Max, it will be one of the safest planes ever.

The chairman of the House Transportation Committee says Boeing should have made those improvements before the Max began carrying passengers and was involved in two crashes.

The appearances come as Boeing faces investigations by both committees and a criminal probe by the Justice Department.