PG&E Execs to Appear Before CA Regulatory Board

CEO Bill Johnson said the utility understood the magnitude of the hardships the outages caused for customers and pledged to improve.

Janie Har
In this Oct. 10, 2019, file photo, Salvador Espinosa sweeps in the kitchen of a Mary's Pizza Shack restaurant during a Pacific Gas and Electric Co. power shutdown in Santa Rosa, Calif. The California Senate will investigate a California utility's process for cutting off power to more than 2 million people to prevent wildfires. In a memo to the Senate Democratic Caucus on Thursday, Oct. 17, 2019, Senate President Pro Tempore Toni Atkins asked the Senate Energy, Utilities, and Communications Committee to "begin investigating and reviewing options to address the serious deficiencies" with PG&E's current process of shutting off power to prevent wildfires.
Christopher Chung/The Press Democrat via AP, File

SAN FRANCISCO (AP) — Top executives of California's largest utility are expected at an emergency meeting Friday to answer hard questions by state regulators about a massive pre-emptive power shutdown last week that has been criticized as poorly executed and unacceptable.

The meeting of the California Public Utilities Commission in San Francisco comes as outrage grows against Pacific Gas & Electric Co. The utility cut off power to more than 2 million people in northern and central California Oct. 9, saying that high wind forecasts could have damaged equipment and sparked wildfires.

In a pointed letter to PG&E chief executive Bill Johnson issued earlier this week, commission President Marybel Batjer scolded the utility for an "unacceptable situation" and ordered a series of corrective actions, including a goal of restoring power within 12 hours, not the utility's current 48-hour goal.

She ordered the utility to audit its performance, outline corrective actions and demanded Johnson and others be at Friday's meeting to answer questions.

In a response Thursday, Johnson said the utility understood the magnitude of the hardships the outages caused for customers and pledged to improve.

"At the same time, we ask our customers, their families and our local and state leaders to keep in mind the statistic that matters the most: there were no catastrophic wildfires," he wrote.

Gov. Gavin Newsom has blasted the utility for what he called decades of mismanagement, underinvestment and lousy communication. On Thursday, the leader of the California Senate asked a committee to "begin investigating and reviewing options to address the serious deficiencies" with PG&E's current process.

"The public understandably is outraged over the problems that arose with these shutoffs," Senate President Pro Tempore Toni Atkins wrote in a memo to the Senate Democratic Caucus. "We owe it to our constituents to act."

Johnson agreed one area that needs significant improvement is communicating with customers, who were left scrambling for information because of overloaded call centers and a website that frequently crashed.

He also pledged to develop maps providing updated estimates of affected areas; establish better communications with local governments; and take steps to minimize the impact of any future outages, particularly by prioritizing distribution and transmission lines that serve larger populations and critical infrastructure.

"We understand that the size and scope of this event is untenable in the long term," he said.

PG&E said Monday its systems were damaged in more than 100 places — spots that could have been a potential source of ignition for a wildfire.

Wildfires in California are often caused by downed power lines and other utility equipment. A fire last year sparked by PG&E's equipment mostly destroyed the town of Paradise and killed 85 people. 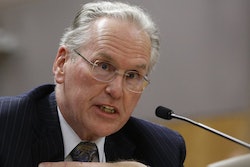 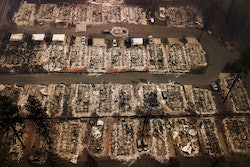 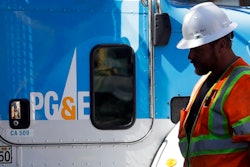