Court of Claims Judge Cynthia Stephens put the prohibition on hold until "further order of this court." 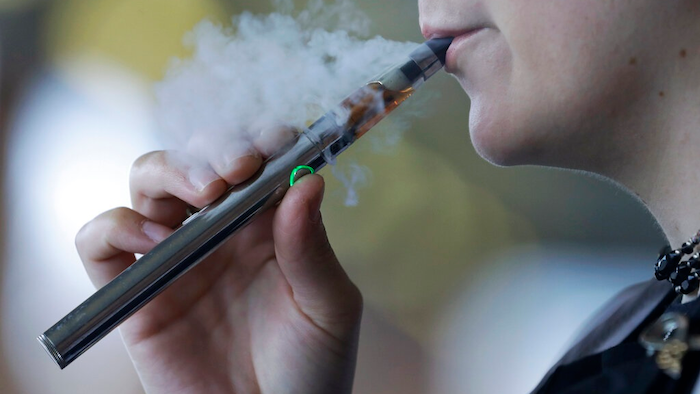 Court of Claims Judge Cynthia Stephens put the prohibition on hold until "further order of this court." The preliminary injunction will be appealed by Gov. Gretchen Whitmer, who ordered the creation of the emergency rules in a bid to combat the epidemic of teen vaping.

The judge said two businesses that sued showed a likelihood of prevailing on the merits of their contention that the rules are procedurally invalid, because state officials did not justify short-cutting the normal rule-making process.

"Thus, and at this stage of the litigation, defendants have undercut their own assertions of an emergency by the fact that they demurred on taking action for nearly a year, and in the case of some information even longer than that, after they were in possession of the information cited in support of the emergency declaration," Stephens wrote.

She also said improved health outcomes for adults who switch to vaping products from combustible tobacco "could, and likely would, be lost under the emergency rules."

Several states have banned the sale of flavored vaping products amid a rising number of vaping-related lung illnesses and an epidemic of teen e-cigarette use. As of last week, vaping-related illnesses in the U.S. had reached about 1,300 cases in 49 states and one U.S. territory, including at least 26 deaths.

In New York, a state appeals court this month preliminarily blocked the state from enforcing a prohibition on flavored e-cigarette sales.

The Michigan lawsuits, which were consolidated, were filed by Houghton-based 906 Vapor and A Clean Cigarette, which has 15 locations across the state.

"We are pleased today that the court saw the ban of flavored vaping products for what it truly is: an overreach of government into the lives of adults," said Andrea Bitely, spokeswoman for the Defend MI Rights Coalition, a vaping industry group. "We are ready to work through the normal legislative process to arrive at a balanced solution that protects the rights of adults to use vaping products as an alternative to combustible cigarettes and at the same time get these products out of the children's hands."

Whitmer, a Democrat, has accused companies of using candy flavors and deceptive advertising to hook children on nicotine. The emergency rules prohibit the sale of flavored nicotine vaping products and the misleading marketing of e-cigarettes as "clean," ''safe," ''harmless" or "healthy."

"This decision is wrong," Whitmer said in a written statement. "It misreads the law and sets a dangerous precedent of a court second-guessing the expert judgment of public health officials dealing with a crisis. The explosive increase in youth vaping is a public health emergency, and we must do everything we can to protect our kids from its harmful effects."

She said she would seek an immediate stay of the decision and ask the Michigan Supreme Court to issue a "quick and final" ruling.

The federal government and states ban the sale of vaping products to minors, yet government survey figures show that last year, one in five U.S. high school students reported vaping in the previous month.