The measure bars any California leasing authority from allowing pipelines or other oil and gas infrastructure to be built on state property.

The measure bars any California leasing authority from allowing pipelines or other oil and gas infrastructure to be built on state property. It makes it difficult for drilling to occur because federally protected areas are adjacent to state-owned land.

The law sends a "clear message to (President Donald) Trump that we will fight to protect these beautiful lands for current and future generations," said Democratic Assemblyman Al Muratsuchi, who introduced it.

Ann Alexander, an attorney with the Natural Resources Defense Council, praised the law and other environmental measures the governor has signed.

"These bills are important steps toward prioritizing California's communities over the oil industry." Alexander said. "In a perfect California, we wouldn't be producing or using oil at all, and we hope to get there soon. But in the California we live in now, the governor and the legislature have recognized the need to protect our citizens from the threats that the oil industry poses to our health and environment."

Newsom signed a bill that bans the use of noncriminal information from the state's telecommunications database for immigration enforcement purposes, with some exceptions.

He also signed bills that:

— Allow Californians who are not U.S. citizens the ability to serve on boards and commissions.

— Require California community colleges and the California State University system to designate a Dreamer Resource Liaison on campus to help immigrant students. In addition, Newsom signed a law that renames the California agency that regulates the oil and gas industry. Language in the measure states the mission of the newly christened Geologic Energy Management Division includes protecting public health and environmental quality.

The governor ordered the firing of the agency's head in July, when it was still called the Division of Oil, Gas and Geothermal Resources. Ken Harris was dismissed over an increase in state permits for hydraulic fracturing and allegations of conflicts of interest among senior government officials.

Newsom's office also asked the state's natural resources secretary to continue an investigation into reports that employees at the agency own stock in companies they regulate.

Advocacy groups Consumer Watchdog and FracTracker Alliance released data over the summer showing regulators have been issuing permits for hydraulic fracturing at twice the rate this year when compared with 2018.

Newsom said the number of hydraulic fracturing permits had increased without his knowledge. California has sought to limit the controversial practice known as fracking. 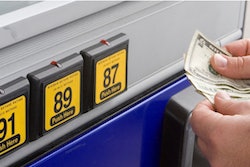 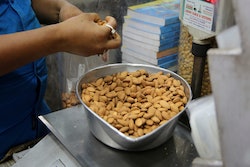 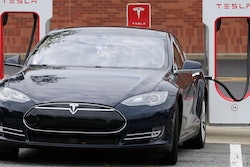