The company said its request is not "out of a desire to benefit or protect" anyone "including any member of the Sackler Families." 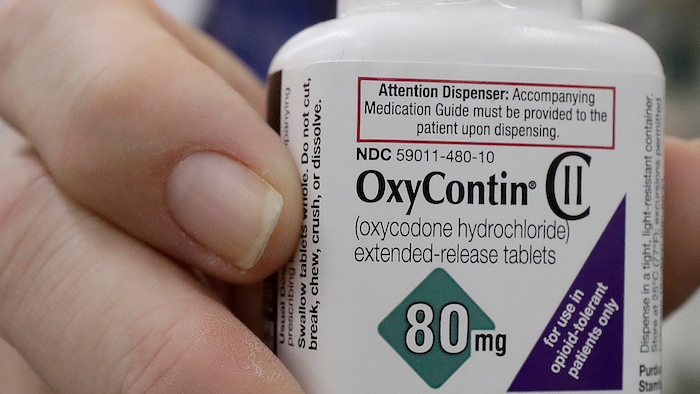 OxyContin maker Purdue Pharma on Wednesday asked a bankruptcy court judge to halt all lawsuits against the company and its former directors, including members of the Sackler family, which owns the company. The request is a standard ask for a company that's filed for bankruptcy , as Purdue did this week in an effort to settle some 2,600 lawsuits it's facing over its role in the national opioid crisis.

But it could get tricky when it comes to members of the Sackler family, who owns the company and have served on the board and as executives. Several states have announced that they intend to continue their lawsuits against Sackler family members, arguing that more should be done to hold them accountable for a role in an opioid crisis that has killed more than 400,000 people in the U.S. in the past two decades.

In its filing, the company said its request is not "out of a desire to benefit or protect" anyone "including any member of the Sackler Families." Rather, it says having lawsuits continue against the family would get in the way of the settlement. Dealing with the suits against the family would take time and attention of company officials away from the settlement, the filing argues.

The settlement deal calls for the Sackler family to hand over the company to trustees who would run it, with profits going into the settlement. The family would also sell its international drug companies and contribute between $3 billion and $4.5 billion to the settlement over time, depending on the sale price. Overall, the settlement could be worth up to $12 billion, though critics believe it won't come close to that.

Twenty-four states have not agreed to the tentative deal. The attorneys general in many of the states say they don't want to give up their claims against Sackler family members, as would be required to settle. But another 24 have agreed, as have lawyers on a committee representing local and tribal governments as well as unions, hospitals and others suing the company have also agreed.

The deal does not apply to Kentucky and Oklahoma, which have reached their own settlements with Purdue.