The EPA states that the company modified its sulfuric acid unit without obtaining the proper permits or installing required technology. 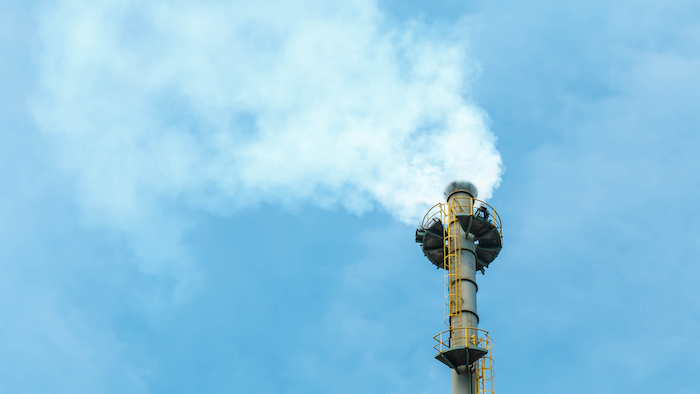 MOBILE, Ala. (AP) — An Alabama chemical plant has been emitting sulfur dioxide and sulfuric acid mist into the atmosphere, state and federal authorities say in court documents. A complaint recently filed in federal court accuses Nouryon Functional Chemicals of polluting the air from its sulfuric acid plant in the Axis community, north of Mobile.

The company did a major modification of its sulfuric acid unit without obtaining the proper permits or installing required technology, among other things, the U.S. Environmental Protection Agency said in a statement. The EPA and the state are proposing a settlement with the company — part of a process that will include a 30-day public comment period.

The EPA says the proposed consent decree would substantially reduce chemical emissions and improve the air quality in communities near the plant. The agency says the plant's sulfuric acid unit was constructed in 1956, and is one of the oldest areas of the facility.

The company did a major modification on the unit without obtaining the proper permits before that project or using the best available technology to control emissions of sulfur dioxide and sulfuric acid mist, the EPA said. Sulfur dioxide can affect the respiratory system and lead to such health problems as emphysema and increased asthma symptoms. It is "a major precursor of acid rain, which has acidified soil, lakes and streams, damaged vegetation and accelerated corrosion of buildings and monuments," the EPA said in the statement.

Sulfuric acid mist can cause irritation of the skin, eyes, nose and throat, and lungs. However, compliance measures proposed in the settlement agreement would reduce both types of emissions and improve the air quality for people in the area of the plant, the agency said.

"It is important that facilities comply with Clean Air Act requirements to ensure that people in the surrounding communities are able to enjoy healthy air quality," Mary Walker, an EPA executive, said in the statement. The company did not immediately respond to calls and emails requesting comment.

The proposed agreement between the state and federal governments and the company would not be finalized until a 30-day public comment period. That begins on the date the notice of the agreement is published in the Federal Register.