He contends he didn't realize what they were and blamed the "Ghosn system" for the dubious payments. 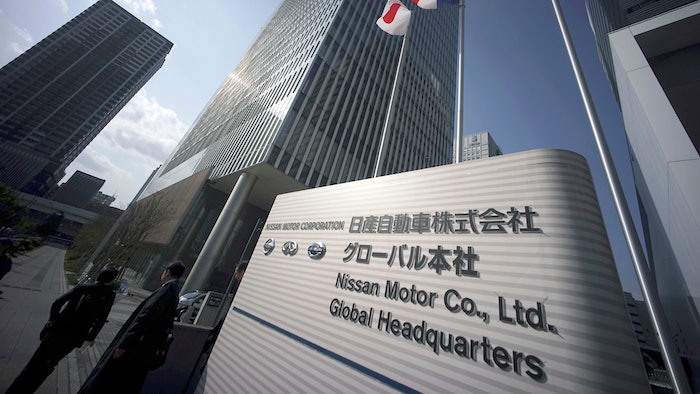 The entrance to the Nissan headquarters where Renault, Nissan and Mitsubishi Motors board meeting takes place in Yokohama, near Tokyo.
AP Photo/Eugene Hoshiko, File

TOKYO (AP) — The chief executive of scandal-plagued Nissan on Thursday acknowledged receiving inappropriate payments from the Japanese automaker but denied he ordered it or knew about it. Hiroto Saikawa said an internal company investigation found he had received the money, but he would return it.

"I thought everything was being carried out properly, and I didn't know anything," Saikawa told reporters. Nissan Motor Co. said that the findings from its ongoing internal investigation will be reported to the board of directors Monday, but declined to elaborate, saying the board was independent.

"We have heard that share appreciation rights will also be part of this report," the company said, referring to the payments linked to Nissan share prices that executives, including Saikawa, received as bonuses. Japanese media reports have said that the dates were changed to allow the maximum amount of cashing in on the stock prices, allowing Saikawa to receive hundreds of thousands of dollars in dubious compensation.

The latest development comes as former Nissan Chairman Carlos Ghosn is awaiting trial on charges of falsifying documents on deferred compensation and of breach of trust in allegedly diverting Nissan money for personal gain. He denies wrongdoing.

Saikawa blamed what he called "the Ghosn system" at Nissan for the payments, and said the system was being reviewed. Saikawa succeeded Ghosn and in the past was closely allied with Ghosn, who led Nissan for two decades and made it one of the most successful automakers in the world.

Saikawa said he had left the task of overseeing the compensation system to Greg Kelly, a former board director who was arrested last year with Ghosn on financial misconduct allegations. Kelly has maintained he is innocent.

Since the arrests of Ghosn and Kelly, Nissan profits and sales have tumbled. Investors are also worried about Nissan's relationship with alliance partner Renault SA of France, which owns 43 percent of Nissan. Ghosn was sent in by Renault to lead Nissan, and in the years before his arrest had led both Renault and Nissan.