Both sides registered wins and losses associated with regulations for natural gas drilling in the Marcellus Shale region. 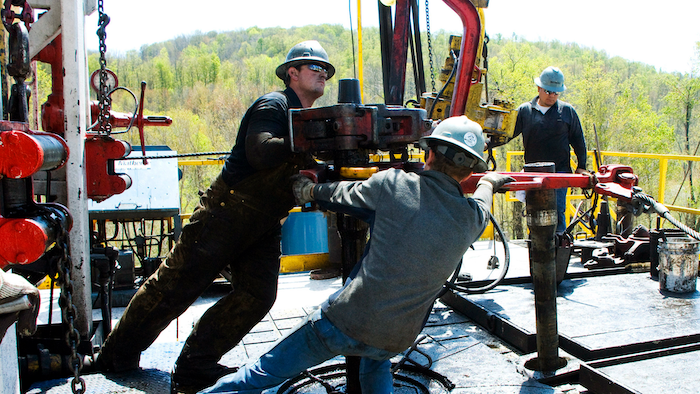 HARRISBURG, Pa. (AP) — A state court on Monday upheld portions of Pennsylvania regulations that address Marcellus Shale natural gas drilling, although the judges also sided with some of the arguments made by an industry group. The seven-judge Commonwealth Court panel's 91-page decision concerns a lawsuit brought by the Marcellus Shale Coalition against the state Department of Environmental Protection and the Environmental Quality Board.

The judges said state officials were not authorized to require restoration of sites to their approximate original conditions within nine months of when drilling has ended. The agencies did not persuade the judges that they have the power to require well operators to monitor wells near their drilling operations, even if they do not have the right to go on those properties and plug them if needed, Judge Kevin Brobson wrote for the unanimous court.

But the judges sided with Environmental Protection and the board in other respects, including on rules for liquid impoundment ponds and how drillers must respond when nearby wells are affected by their activity.

The decade-old boom in hydraulic fracturing in the Marcellus Shale formation that has brought wells to a wide swath of northern and southwestern Pennsylvania is considered unconventional well drilling. There are currently about 9,000 unconventional wells producing natural gas in the state, including at least one in 33 of 67 counties.

The president of the Marcellus Shale Coalition, David Spigelmyer, said the decision brought clarity to parts of the regulations. But "several questions remain open ... for which the industry continues to seek resolution," Spigelmyer said. The ruling was hailed by Lyndsay Kensinger, a Wolf administration spokeswoman, although she said it was still being reviewed.

"We are pleased that the Commonwealth Court largely upheld the Department of Environmental Protection's common sense regulations to protect Pennsylvania's air, land and water from pollution by requiring natural gas drillers to identify wells in close proximity to proposed new wells, to restore well sites after they have been drilled, and to remediate spills of potential contaminants," Kensinger said.

Where the state's 2012 law on natural gas drilling did not apply, the judges found, the Clean Streams Law and other state laws often did provide authority for the 2016 regulations. "The coalition's perception of the source authority of the unconventional well regulations ... is not reality," Brobson wrote. "The agencies promulgated the unconventional well regulations to regulate a particular method of natural gas extraction, not to implement a particular statute."

The judges were not persuaded by the coalition's argument that rules for well development impoundment ponds impermissibly singled out the Marcellus Shale drilling industry, but that matter was not resolved. The court said it did not have enough information on how the structures are different than similar ones required for other industries.

It will be up to the coalition, Brobson wrote, to prove its claim that the well development impoundment regulations violate constitutional rights. The gas drilling industry argued the regulations went far beyond what the 2012 drilling law permits when it comes to restoring drilling sites after they are no longer active.

The judges found a conflict between the 2012 drilling law, which requires well operators to remove supplies and equipment that aren't needed to produce gas, and the 2016 regulations, which give drillers nine months to restore the site to its approximate original condition. The court threw out that part of the 2016 regulations.

The court said it was too early for it to consider the Marcellus Shale Coalition's argument that a regulation on spill remediation should be thrown out because, in part, the industry sees it as imposing unique and unjustified obligations.

"We do not perceive any current threat to the industry that would justify pre-enforcement intervention," Brobson wrote.