The EPA released the documents Wednesday after a court challenge by WaterLegacy, which had been seeking them for more than a year.

Steve Karnowski
This Feb. 10, 2016, file photo, shows a former iron ore processing plant near Hoyt Lakes, Minn., that would become part of a proposed PolyMet copper-nickel mine. Environmental Protection Agency documents show that its staffers were critical of how Minnesota regulators drafted a key permit for the planned PolyMet copper-nickel mine. And they show the EPA officials concluded the permit would violate federal law because it lacked specific water pollution limits. The EPA released the documents after a court challenge by WaterLegacy. Environmental attorney Paula Maccabee says the EPA's concerns weren't reflected in PolyMet's final water pollution permit.
AP Photo/Jim Mone, File

MINNEAPOLIS (AP) — Documents that the federal Environmental Protection Agency tried to keep confidential show that its staffers criticized how Minnesota regulators drafted a key permit for the planned PolyMet copper-nickel mine, and concluded that the permit would violate federal law because it lacked pollution limits based on the state's water quality standards.

The EPA released the documents Wednesday after a court challenge by WaterLegacy, which had been seeking them for more than a year, and in response to a request from U.S. Rep. Betty McCollum of Minnesota, who chairs a committee that oversees the EPA. Environmentalists said Thursday that the EPA's concerns should have been reflected in the final permit but weren't.

"Minnesota's public finally knows the truth about the EPA's serious criticism of PolyMet's water permit," said Paula Maccabee, an attorney for WaterLegacy, which sued after its attempts to obtain the documents under the Freedom of Information Act were rebuffed.

The Minnesota Pollution Control Agency issued PolyMet's water pollution permit last December. It was the last major state permit the company needed for its planned mine near Babbitt and processing plant near Hoyt Lakes. PolyMet, whose largest investor is Swiss commodities giant Glencore AG, won its final federal permit in March and is now raising nearly $1 billion for construction financing.

A handwritten note on one EPA document shows that regional staffers read it over the phone to MPCA staff in April 2018.

"The draft permit does not include water quality based effluent limitations ... that are as stringent as necessary to ensure compliance with the applicable water quality requirements," the document read. It also said permit "appears to authorize" discharges that would exceed the state's federally approved water quality standards for mercury, copper, arsenic, cadmium and zinc.

But the federal agency never filed formal written comments expressing those concerns as part of the public comment process. Maccabee said that would have required the state agency to formally and publicly respond to them. She said she's still trying to get to the bottom of that decision.

Maccabee also pointed out that MPCA staffers who were on the call with the EPA discarded their handwritten notes afterward, according to the stage agency's own filings Wednesday in a consolidated lawsuit by WaterLegacy and other groups challenging the permit, which is before the Minnesota Court of Appeals.

"There's a huge amount of the factual record that we still don't know," said Maccabee, who has asked the appeals court to send the case to a judge for further fact-finding. "The more information we get, the more questions we have. This is not over. This is just opening the door on what the Minnesota public has the right to know."

"Similar to other complex projects, the MPCA and EPA had frequent conversations during the entire permitting process to discuss technical items," Broton said in an email. "Based on those conversations, as well as other comments received from the public during the official comment period, the MPCA made substantive changes to the draft permit. ... That's why the EPA did not object to the MPCA's final permit."

EPA officials did not immediately respond to a request for comment.

In a letter to McCollum, Joseph Brazauskas, an EPA acting associate administrator, said the main document at issue was exempt from the federal open records law. But he said the agency was waiving its privilege because it was voluntarily sharing the document with the Fond du Lac Band of Lake Superior Chippewa, who are part of the lawsuit challenging the permit.

"It has long been the practice for EPA staff to have verbal conversations with their regulatory partners, tribal or state, as those partners work through complex permitting decisions," he wrote.

McCollum said in a statement that the release was "vital to the public's right to transparency and accountability. All Minnesotans have a stake in ensuring that the quality of our water is protected, and the public has the right to access essential information about whether a project of this magnitude meets the spirit and letter of the law." 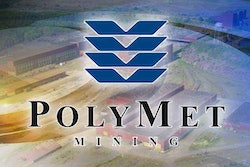 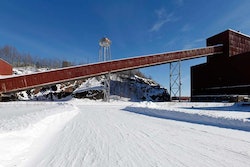