The weed-killer is facing more than 11,000 lawsuits so far.

Associated Press
The logo of the Bayer company displayed at a company's building in Leverkusen, Germany, Wednesday, Feb. 27, 2019.
Oliver Berg/dpa via AP

BERLIN (AP) — Germany's Bayer AG, which bought Monsanto Co. last year, has underlined its determination to fight cases involving the Roundup weed-killer in the face of more than 11,000 lawsuits so far.

In August, a San Francisco jury awarded a man $289 million after determining Roundup, part of the Monsanto stable of agrochemical products, caused his non-Hodgkin's lymphoma. A judge later slashed the award to $78 million, and Monsanto has appealed. A second case in which a man claims the weed-killer caused cancer went to trial this week.

Bayer CEO Werner Baumann said while presenting the company's annual earnings report that, as of Jan. 28, 11,200 lawsuits had been filed and proceedings in another six cases are scheduled this year.

"We will need to have legal proceedings completed in a certain number of cases to be able to assess what direction things are going in," he said.

"We will continue to defend ourselves resolutely in all proceedings."

Monsanto says studies have established that the active ingredient in Roundup, glyphosate, is safe.

"As far as our perspective is concerned, we are crystal clear," he said. "It is a safe product. It has an excellent regulatory approval status, and on this basis we will defend ourselves resolutely." 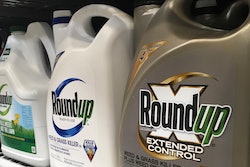 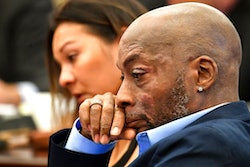 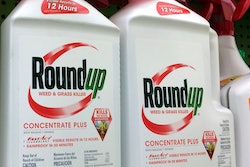