The crimes were committed against Argentine union workers during the country's military dictatorship.

Family members of ex-Ford Motor Co. employees hold up handkerchiefs that are stamped with a message that reads in Spanish: “Ford never more” in a courtroom.
AP Photo/Gustavo Garello

The court said Tuesday that factory manufacturing director Pedro Muller and security manager Hector Francisco Sibilla targeted workers and gave information to security agents for their kidnapping and torture after the 1976 military coup. Muller was sentenced to 10 years and Sibilla to 12 years.

They were accused of giving names, ID numbers, pictures and home addresses to security forces who hauled more than two dozen union workers off the floor of Ford's factory in suburban Buenos Aires to be tortured, interrogated and then sent to military prisons. 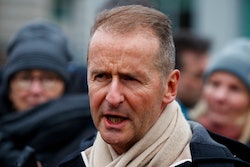 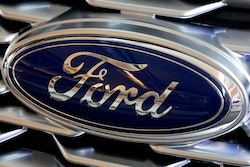