The author led a Fletcher SchoolClimate Policy Lab team that reviewed carbon pricing policies in 15 jurisdictions to see how they work in the real world. 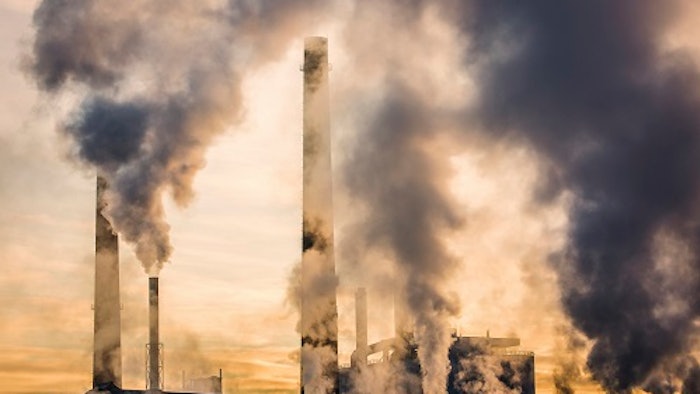 (THE CONVERSATION) The latest UN Intergovernmental Panel on Climate Change report argues that carbon pollution must be cut to zero by 2050 to avoid devastating levels of climate change.

Achieving that goal will require swiftly transforming the energy, transportation, housing and food industries, and more. Although these tasks are daunting and the Trump administration is dismantling federal regulations aimed at reducing climate-changing emissions, cost-effective policy tools that could help do exist. And individual U.S. states and regions are using them to make significant progress to reduce emissions.

I led a Fletcher SchoolClimate Policy Lab team that reviewed carbon pricing policies in 15 jurisdictions to see how they work in the real world, not just in theory. We found that in all cases carbon pricing seems to be a cost-effective method to cut carbon pollution.

States including New York, Delaware and California are keeping up the experiments with carbon pricing they began as many as nine years ago.

Along with the results from similar efforts in Europe, Asia and Latin America in more than 40 countries, these policies have amassed ample evidence about what works in practice, what doesn’t and why.

As my team explained in Climate Policy, an academic journal, there are two basic flavors of carbon pricing: cap-and-trade – otherwise known as emissions trading systems – and carbon fees or taxes. Some jurisdictions also use hybrid blends of the two approaches.

U.S. carbon emissions trading until now has been limited to the Northeast, some mid-Atlantic states and California. But many countries, including Canada, Mexico, China and the entire European Union, are levying carbon taxes, running emissions trading systems or using a mix of the two. Washington State’s citizens will soon vote on a ballot initiative that would impose a carbon pollution fee on major emitters and collect revenue to be mostly spent on clean air and clean energy investments.

Emissions trading systems cap the total emissions allowed at a certain level. The government then allocates emissions permits to factories, utilities and other polluters either for free or through auctions.

Each permit usually covers 1 metric ton of carbon dioxide. Permit holders, typically, may buy and sell their permits as needed.

Companies capable of cutting their own emissions may choose to do so, and then sell their permits to other polluters to make money. Conversely, businesses can buy permits at the prevailing market price to avoid having to directly cut their own emissions in their business operations.

As you might expect in carbon markets that depend on willing buyers and sellers, the cheapest emissions reductions usually happen first.

The results look promising so far.

In the Regional Greenhouse Gas Initiative, which includes nine Northeastern and Mid-Atlantic states like Delaware, Massachusetts and Maine, carbon emissions from electricity generation fell by 36 percent between 2005 and 2015, the most recent comprehensive data available.

More recent data shows that carbon emissions allowed under the cap imposed by regulators will have fallen from 188 million metric tons in 2009 to 60.3 million metric tons by the end of 2018, representing a 68 percent reduction in carbon dioxide emissions in the power sector in this region.

One reason for this progress may be that utilities operating in this region have found that pricing carbon has shifted what the industry calls the “power plant dispatch order.” That is, sources of power like wind and natural gas that emit less carbon than coal are tapped first.

And California’s carbon emissions are on track to fall to 1990 levels by 2020.

In no jurisdiction anywhere in the world that we studied did emissions increase as a result of carbon pricing.

With subsidies, tax incentives, regulatory policies, fiscal incentives, innovation investments and other efforts to slow the pace of climate change being deployed at once, it is hard to know which of them is best at reducing emissions.

Carbon pricing policies can help governments raise money. But revenue from carbon taxes or the proceeds from permit auctions can be returned to taxpayers as well.

All of the states and countries using carbon pricing policies also have additional policies working alongside the carbon taxes or cap-and-trade programs to reduce emissions, ranging from performance standards for energy efficiency to tax incentives. These policies can also work well, but they can be more expensive approaches to reduce emissions, and sometimes they even undermine the carbon pricing policy.

The federal tax credits for wind and solar energy, for example, cost taxpayers an estimated US$3.4 billion in 2016.

No toll on growth

What’s more, statewide economies do not appear to suffer from carbon pricing.

California’s economy expanded an average rate of 5.2 percent between 2012 and 2017, faster than the national annual 3.7 percent average. In July 2018, California’s emissions fell below 1990 levels for the first time, representing a 13 percent reduction from their 2004 peak even while the California economy grew 26 percent.

The Northeastern states averaged 3.2 percent annual growth between 2012 and 2017 – near the U.S. norm. But their Regional Greenhouse Gas Initiative led to $1.4 billion of net positive economic activity because of the reinvestment of the auction proceeds in activities that generate economic benefits for the region between 2015 and 2017, a recent study found.

Critics of emissions trading policies have argued that the prices that have emerged in these systems are too low to spur emissions reductions. The evidence presented above shows that, in fact, they do cause pollution to decline. If advocates prefer steeper emissions reductions, then the emissions cap must be tightened.

Alternatively, governments can switch to carbon fees or taxes, which creates greater price certainty in the market – and which can also be ratcheted up as desired to achieve faster cuts in pollution. Either way, I believe that it is now clear that carbon taxes and emissions trading programs create a long-term signal for the marketplace that induces changes in consumer and firm behavior.

Given the strong real-world record on the effectiveness of carbon pricing policies and the fact that they don’t have to cost taxpayers or take a toll on the economy, I expect more states will adopt them in the coming years.

A federal approach would of course be much more efficient and effective. But it would require congressional action and a presidential signature, neither of which appear to be imminent especially when President Donald Trump says he is not even sure that climate change is man-made.

This article is republished from The Conversation under a Creative Commons license. Read the original article here: http://theconversation.com/state-cap-and-trade-systems-offer-evidence-that-carbon-pricing-can-work-101428.

Report Says It's Time to Ramp Up Carbon Sucking Efforts