JEFFERSON CITY, Mo. (AP) — A vegetarian food-maker has asked a federal judge to issue a preliminary injunction against a Missouri law making it a misdemeanor crime to promote products as "meat" that aren't made from livestock or poultry.

The Oregon-based Tofurky Co. claims the Missouri law infringes on its constitutional free speech rights to use product labels such as "veggie burgers," ''vegetarian ham roast" and "chorizo style sausage."

The request for a preliminary injunction was filed late Tuesday as part of a federal lawsuit that originally was filed in August.

The other plaintiff in the case is The Good Food Institute, a Washington, D.C.-based nonprofit that advocates for alternatives to meat.

The Missouri law was passed earlier this year with support from the Missouri Farm Bureau and state pork and cattle associations. 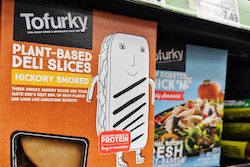 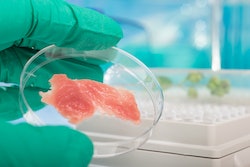