Trump Squares Off with Drugmakers Over Plan

WASHINGTON (AP) — With midterm elections less than two weeks away, President Donald Trump is pushing a plan to lower prices for some prescription drugs, and Friday it put his administration on a collision course with the powerful pharmaceutical industry.

Top administration officials pushed back on drugmakers' charge that the plan would import "socialized" price controls. Trump wants to tie what Medicare pays for certain drugs to much lower prices paid in other economically advanced countries.

Some Capitol Hill Republicans seemed cool to the plan, and it was unclear if Trump's move would yield political dividends. Consumers would not pocket savings right away.

Trump has long promised sweeping action to attack drug prices, and health care is high among voters' concerns ahead of the Nov. 6 elections. But it's Democrats who seem to be making political headway, with issues such as maintaining protections for pre-existing conditions, Medicaid expansion, and "Medicare for all."

Announcing his plan on Thursday, Trump linked the prices Americans complain about to one of his longstanding grievances: foreign countries the president says are taking advantage of U.S. research breakthroughs.

"We are taking aim at the global freeloading that forces American consumers to subsidize lower prices in foreign countries through higher prices in our country," he said in speech at the Department of Health and Human Services.

"Same company. Same box. Same pill. Made in the exact same location, and you would go to some countries and it would be 20 percent of the cost of what we pay," said Trump, who predicted the plan will save Americans billions. "We're fixing it."

— The plan would not apply to medicines people buy at the pharmacy, just ones administered in a doctor's office, as are many cancer medications and drugs for immune system problems. Physician-administered drugs can be very expensive, but pharmacy drugs account for the vast majority of what consumers buy.

— Don't expect immediate rollbacks. Officials said the complex proposal could take more than a year to put into effect.

In another twist, the plan is structured as an experiment through a Medicare innovation center empowered to seek savings by the Affordable Care Act. That's the law also known as "Obamacare," which Trump is committed to repealing.

Under the plan, Medicare payment for drugs administered in doctors' offices would gradually shift to a level based on international prices. Prices in other countries are lower because governments directly negotiate with manufacturers.

"The administration is imposing foreign price controls from countries with socialized health care systems that deny their citizens access and discourage innovation," Stephen Ubl, president of the Pharmaceutical Research and Manufacturers of America, said in a statement. "These proposals are to the detriment of American patients."

HHS Secretary Alex Azar returned fire in a speech Friday, saying Medicare is paying too much because the drug industry wants it that way.

"Something has to change in how Medicare pays for physician-administered drugs," Azar said at the Brookings Institution think tank in Washington. "The only thing standing in the way is the one special interest that has benefited from this program far out of proportion to any other actor... the pharmaceutical industry."

Democratic leaders on Capitol Hill were dismissive. House Minority Leader Nancy Pelosi of California said if Trump wants to save seniors money he should seek congressional approval for Medicare to negotiate prices for its main prescription drug program, "Part D."

As an experiment, the proposal would apply to half the country. Officials said they're seeking input on how to select the areas that will take part in the new pricing system. Azar said politics would have nothing to do with it.

In advance of Trump's speech, HHS released a report that found U.S. prices for the top drugs administered in doctors' offices are nearly twice as high as in foreign countries. The list includes many cancer drugs. Medicare pays directly for them under its "Part B" coverage for outpatient care.

Physician-administered drugs cost Medicare $27 billion in 2016. HHS says the plan would save Medicare $17.2 billion over five years. Beneficiaries would save through lower cost-sharing.

The plan could meet resistance not only from drugmakers but from doctors, now paid a percentage of the cost of the medications they administer. However, HHS officials said the plan is designed so it would not cut into doctors' reimbursements.

Trump has harshly criticized the pharmaceutical industry, once asserting that the companies were "getting away with murder." But it's largely been business as usual for drugmakers even as Trump has predicted "massive" voluntary price cuts.

A recent Associated Press analysis of prices for brand-name drugs found far more increases than cuts in the first seven months of this year. The analysis found 96 price hikes for every price cut. The number of increases slowed somewhat and they were not quite as steep as in past years, the AP found.

The Trump administration proposal is open for public comment for 60 days. 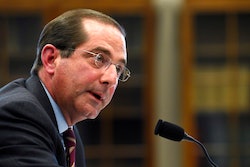 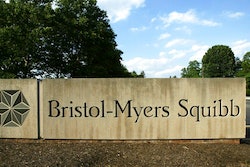