Withdrawing the land from new mining development would help protect wildlife and recreation.

Matthew Brown
In this file photo, the Yellowstone River is shown in Montana's Paradise Valley with Emigrant Peak in the background.
AP Photo/Matthew Brown

Zinke, a former Montana congressman, plans to sign documents and make a "major announcement" about conservation on Monday in the Paradise Valley area, Zinke spokeswoman Heather Swift said Thursday. Swift declined to give further details except to say it was an issue Zinke had been working on for years.

Colin Davis with the Yellowstone Gateway Business Coalition, who was asked to speak at the event, said he expects Zinke to sign the 20-year mineral withdrawal for lands in the Paradise Valley and Gardiner Basin. "That's definitely our expectation," said Davis, who owns the Chico Hot Springs Resort near the small community of Emigrant. "This is Yellowstone's backyard. Protecting this corridor is of national and world interest....I'm ecstatic."

Gardiner Basin and Paradise Valley are bordered by snow-capped mountains and home to grizzly bears, wolves and other wildlife. Both areas have a history of small-scale mining, and the scars of abandoned mines are visible on some hillsides.

If Zinke signs the withdrawal, it would extend a two-year ban imposed by former Interior Sec. Sally Jewell in 2016. It covers new claims for gold, silver and other minerals across 30,000 acres (12,140 hectares). That ban was set to expire next month. Most of the land is within the Custer Gallatin National Forest, but the underground minerals are overseen by the Interior Department.

Zinke said at the time that he favored the withdrawal and it would be finalized within weeks. Supporters of the mineral withdrawal were worried two new mining projects proposed in the area that could damage waterways and hurt tourism, a mainstay of the local economy

While existing mining claims held by the companies behind the two projects would not be affected by a withdrawal, it could make it harder to expand the projects into large-scale operations. The mining industry opposes putting the public land off-limits. Backers of the withdrawal have pushed the state's Congressional delegation to make it permanent. 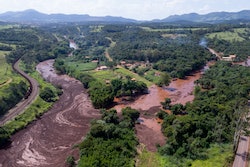