The ban would cover apparel made in whole or in part of fur, including clothing, handbags, shoes, hats, earmuffs, jewelry and keychains.

This March 15, 2018, file photo shows a vintage fox trimmed leather dress displayed in the basement of a store in San Francisco. Los Angeles would become the largest city in the U.S. to ban the sale of fur products if the City Council approves a proposed law backed by animal activists who say the multibillion-dollar fur industry is rife with cruelty.
AP Photo/Eric Risberg, File

LOS ANGELES (AP) — Los Angeles, one of the world's major fashion centers and long a symbol of glitz and glamour, is taking steps to ban the sale of new fur products, a move that would make it the largest city in the U.S. to do so.

A proposal to ban the sale of fur products advanced in the City Council on Tuesday. The council voted unanimously to direct the city attorney to draft an ordinance that will prohibit the manufacture and sale of new fur products. The ordinance must be presented to the council at a future date for final approval.

"This is something that is not just a good legislative win, it's a moral win," Councilman Bob Blumenfield said. "We feel like we're evolving as a city as people to stop this kind of unnecessary cruelty."

The vote also directed the city attorney to report back to the council on several issues, including how fur apparel is utilized by religious organizations, and possible exemptions, as well as potential conflicts with federal and state laws relating to sale of fur products derived from legally trapped animals.

A ban would take effect two years after final approval of the ordinance.

The ban would cover apparel made in whole or in part of fur, including clothing, handbags, shoes, hats, earmuffs, jewelry and keychains. Only used fur products could be sold.

Blumenfield said there's no reason to wear fur in 2018. "Certainly not in sunny Los Angeles," he said.

"There's nothing humane about raising an animal and killing it for unnecessary vanity," Koretz said.

The effort to ban the sale of fur products in Los Angeles is part of a national movement, said Christina Sewell, campaign manager at People for the Ethical Treatment of Animals.

"Millions of these animals are killed in the fur industry every year, and we're just slowly chipping away at this progress here in the United States, and we won't stop until every city in the U.S. is completely fur free," Sewell said.

Neighboring West Hollywood along with Berkeley and San Francisco already have fur bans, although their ordinances differ in some specifics. West Hollywood's law was changed to exempt fur from animals that are legally trapped under state law.

Activists condemn the fur industry as inhumane, contending that the animals are subject to brutal conditions and meet torturous deaths. A number of celebrities, including actresses Maggie Q and Joanna Krupa, as well as No Doubt bassist Tony Kanal, joined the news conference outside of Los Angeles City Hall to support the ban before the unanimous vote.

Keith Kaplan, spokesman for the Fur Information Council of America, a trade group for manufacturers and fur merchants, denied the accusations and said the City Council motion is being put forward on the basis of "lies and false studies."

A fur ban in the city could have an economic impact, Kaplan said Monday.

Retail fur sales globally accounted for $35.8 billion, and the fur industry employed more than 1 million people in 2014, the latest year that figures were available from the industry, Kaplan said.

Koretz said the ban would clearly disrupt the industry, but the phase-out period will allow a smoother transition. "It's overdue, and we have to do it today, and I think we will set an example for the rest of the country and the rest of the world," he said. 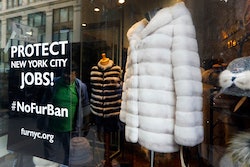 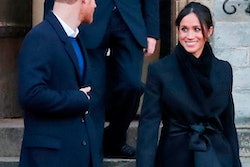