He says they should disrupt supply chains of American companies that rely on China's vast manufacturing industries. 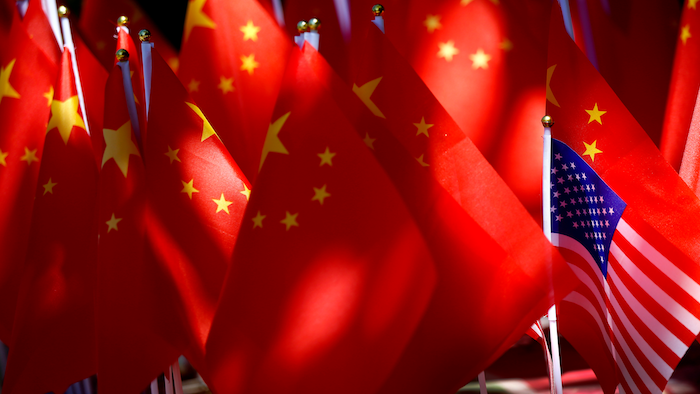 BEIJING (AP) — One of China's most prominent figures in global finance says Beijing should press Washington to end their tariff battle by clamping down on exports of goods needed by American companies, according to news reports Monday.

The comments by Lou Jiwei, a former finance minister and chairman of China's sovereign wealth fund, follow reports regulators are squeezing American companies by slowing down customs approvals and stepping up environmental and other inspections.

Beijing is considering Washington's invitation last week to revive talks on their fight over Chinese technology policy and plans for state-led development of global champions in robotics and other fields. American officials say those violate Beijing's market-opening commitments and worry they might erode U.S. industrial leadership.

China's "counterattack strategy needs to restrict exports to the United States as well as (imports of) U.S. goods," Lou was paraphrased as saying.

"Only knowing the pain of fighting will stop the war and cause (the United States) to negotiate seriously," said Lou.

Lou was finance minister through 2016 and serves as chairman of China's 1.9 trillion yuan ($290 billion) National Social Security Fund, which manages assets of government pension plans. He is a former chairman of China's sovereign wealth fund, the China Investment Corp.

The Chinese government said last week it welcomed Washington's proposal for more talks, though neither side has given any indication it is willing to compromise. Communist leaders see their industry plans as a path to prosperity and global influence.

China wants talks based on "mutual trust," said a foreign ministry spokesman, Geng Shuang. He didn't answer directly when asked whether Beijing would back out if U.S. President Donald Trump goes ahead with a proposed tariff hike on $200 billion of Chinese goods.

If an increase goes ahead, "China will have to take necessary countermeasures," said Geng at a regular daily briefing.

Chinese authorities have yet to confirm what steps aside from retaliatory tariffs they might take. But they have threatened "comprehensive measures" as Beijing runs out of imports for penalties due to its lopsided trade balance with the United States.

Other commentators have suggested Beijing use its holdings of U.S. government debt or target American companies in China.

The Global Times, published by the ruling Communist Party, warned that China sees the technology conflict as a long battle.

"China will choose the most favorable and powerful way to counterattack," said the newspaper, which is known for its nationalist and confrontational tone. "We are looking forward to a more beautiful counterattack that will make American pain worse."

Sina and other outlets did not indicate whether Lou suggested specific products or industries Beijing might target.

Last week, the American Chambers of Commerce in China and in Shanghai reported 52.1 percent of more than 430 companies that responded to a survey said Chinese authorities are subjecting them to "qualitative measures" including slower customs clearance and increased inspections and bureaucratic procedures.