San Francisco May Be Next to Ban Plastic Straws, Containers

The idea is to cut down on handing out items that customers may not need.

Janie Har
This July 17, 2018 photo shows wrapped plastic straws at a bubble tea cafe in San Francisco. Eco-conscious San Francisco joins the city of Seattle in banning plastic straws, along with tiny coffee stirrers and cup pluggers, as part of an effort to reduce plastic waste. It also makes single-use food and drink side items available upon request and phases out the use of fluorinated wrappers and to-go containers.
AP Photo/Jeff Chiu

SAN FRANCISCO (AP) — San Francisco supervisors voted Tuesday to give plastic straws the cold shoulder, following the lead of Seattle, another eco-conscious West Coast city where a ban went into effect this month.

The San Francisco Board of Supervisors gave unanimous approval to a measure that also takes the novel step of banning carryout containers and wrappers treated with fluorinated chemicals.

Advocates of the move say the chemicals repel oil and water but can be harmful and don't break down in compost.

Supervisor Ahsha Safai said it's not possible to recycle tiny plastic items because they literally fall through the cracks of machinery at processing plants.

He said the legislation is a way to make people change their habits.

"It's become so habitual for places to utilize these, it's adding significantly to our environmental degradation," Safai said.

"San Francisco has been a pioneer of environmental change, and it's time for us to find alternatives to the plastic that is choking our marine ecosystems and littering our streets," she said in a statement.

The legislation requires a second approval, which is expected next week.

Seattle is believed to be the first major U.S. city to shun plastic straws when its ban went into effect this month. Since then, Starbucks and Marriott announced plastic straws and stirrers would be removed from those businesses.

The San Francisco ban on small plastic items goes into effect July 1, 2019, along with a new requirement to make napkins, utensils and other to-go accessories available only upon request, unless a self-serve station is available where people can take what they need.

The idea is to cut down on handing out items that customers may not need, such as utensils and napkins if they're taking food to eat at home.

The Plastics Industry Association issued a statement Monday saying a better solution to dealing with the items is to expand recycling technology. "Regardless of what a straw is made of, we can all agree that it should not end up as litter," the association said.

People with disabilities have spoken out against the plastic straw ban, saying customers with mobility issues rely on them to drink.

San Francisco has frequently led the way on policies considered eco-friendly. In 2007, it outlawed single-use plastic bags and in 2016, expanded its prohibition on foam food carryout containers to include retail sales of child pool toys and packing peanuts.

The Silent Spring Institute, a research and advocacy group, says fluorinated chemicals have been linked to hormone disruption, cancer and other detrimental health effects.

Jonathan Corley, a spokesman for the American Chemistry Council, a trade association, said Monday that the U.S. Food and Drug Administration has deemed the chemicals currently used to package to-go food as safe.

"This potential ban is unnecessary, contrary to sound science and will provide no further benefits to public health or the environment," he said in a statement.

Gwyneth Borden, executive director of the Golden Gate Restaurant Association, said restaurateurs have no desire to pass on toxins through carryout containers. But the higher cost of compostable fluorinated-free containers will drive businesses to return to recyclable plastic containers, she said.

"It's an interesting evolution," Borden said. "But sometimes making decisions premature to fully understanding the science can be difficult." 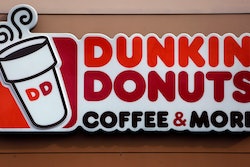 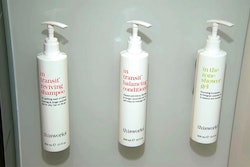 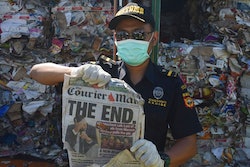