He warns that tariffs on auto imports will backfire and harm not only America's jobs and economy but also devastate the global economy.

TOKYO (AP) — Japan's Prime Minister Shinzo Abe has warned the U.S that higher tariff on auto imports would backfire and harm not only America's jobs and economy but also devastate the global economy.

Abe told a news conference marking the end of a Diet session Friday that Japan's auto and auto parts industry has never threatened America's national security and never will. Abe said he will keep explaining that to Trump.

Trump has ordered the U.S. government to investigate if higher tariffs on foreign-made vehicles and auto parts are justified on national security grounds.

Japan's auto industry has invested billions of dollars in U.S. plants that employ many workers. 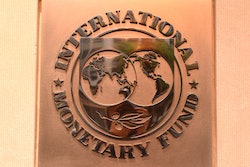 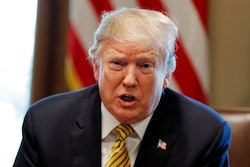