The changes could save utilities roughly $30 million annually. 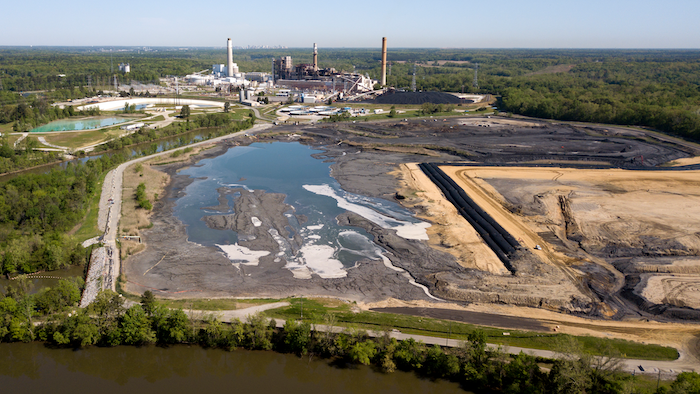 In this May 1, 2018 file photo, the Richmond city skyline can be seen on the horizon behind the coal ash ponds along the James River near Dominion Energy's Chesterfield Power Station in Chester, Va. The Trump administration is easing rules for handling toxic coal ash from more than 400 coal-fired power plants across the U.S. after utilities objected to regulations adopted under former President Barack Obama. Environmental Protection Agency acting Administrator Andrew Wheeler said Wednesday, July 18, 2018, the changes will save utilities roughly $30 million annually.
AP Photo/Steve Helber, File

The move represents the latest action by Trump's EPA to boost the struggling coal industry by rolling back environmental and public health protections enacted under his predecessor.

It pushes back the deadline to close problematic ash dumps and gives state regulators flexibility in how they deal with the massive waste piles that result from burning coal for electricity.

Wheeler, a former coal industry lobbyist, signed the order a week after taking the helm of the agency following the resignation of former administrator Scott Pruitt amid ethics investigations.

Environmentalists argue the administration is endangering the health of people living near power plants and ash storage sites, while industry representatives welcomed the announcement.

U.S. coal plants produce about 100 million tons annually of ash and other waste, much of which ends up in unlined disposal ponds prone to leak. Some have been in use for decades.

Data released by utilities in March under an EPA mandate showed widespread evidence of groundwater contamination at coal plants. Heightened levels of pollutants — including arsenic and radium in some cases — were documented at plants in numerous states, from Virginia to Alaska.

EPA documents show most savings for utilities from the new rules will come from extending by 18 months the deadline to close ash dumps that don't meet water protection standards. The new deadline is Oct. 31, 2020.

The utility industry said the changes give "regulatory certainty" for ash dump operators. That's in part because it aligns the closure requirements with upcoming guidelines limiting the levels of toxic metals in wastewater discharged from power plants.

The changes also give state regulators the power to suspend monitoring requirements for dumps that don't meet water quality standards.

"It's not like EPA has granted us free pass here. It just gives us additional time to operate those facilities and better synch them up" with the upcoming wastewater guidelines, said James Roewer, executive director of the Utility Solid Waste Advisory Group, an industry organization that had pushed for the changes.

The original, Obama-era rule, adopted in 2015, came in response to a massive 2008 coal ash spill in Kingston, Tennessee. A containment dike burst at a Tennessee Valley Authority power plant and released 5.4 million cubic yards of ash.

The accident dumped waste into two nearby rivers, destroyed homes and brought national attention to the issue.

Attorney Larissa Liebmann with the Waterkeeper Alliance said the costs saved by utilities won't simply go away. Instead, she said, they'll be borne by communities that are forced to deal with contaminated water.

"We think it's fundamentally unfair, Liebmann said. "The rules that were created in 2015 were already very much to the bare minimum."