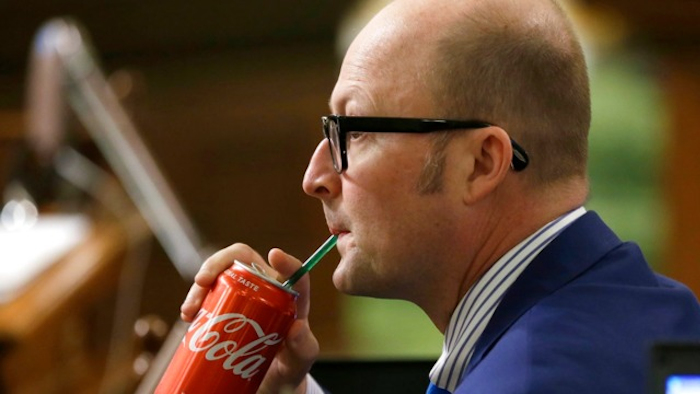 HARRISBURG, Pa. (AP) — Philadelphia's tax on soda and other sweetened drinks was upheld on Wednesday when the state's highest court rejected a challenge by merchants and the beverage industry.

The Supreme Court ruled the 1.5-cent-per-ounce (per 28 grams) levy is aimed at distributors and dealers and does not illegally duplicate another tax. The four-justice majority said the state taxes sales at the retail level, a cost that falls directly on consumers, but the beverage tax applies to distributor and dealer-level transactions.

"The payer of the beverage tax is the distributor, or in certain circumstances, dealers, but never the purchasing consumer," Chief Justice Thomas Saylor wrote for the majority.

Philadelphia's enactment of the soda tax has inspired several other cities around the country to pass similar measures. The Philadelphia tax is formally called the sugar-sweetened beverage tax, but it applies more widely to include some drinks with sugar substitutes.

Both dissenting justices said the tax duplicates taxes already in place on retail sales of soda in the city, violating the Depression-era Sterling Act.

"A rose by any other name smells just as sweet, and, whether styled a retail tax or a distribution tax, the levy here at bar, like the state sales tax, raises revenue specifically by burdening the proceeds from the retail sale of sugar-sweetened beverages," wrote Justice David Wecht, who dissented. "This the Sterling Act does not allow."

If fully passed on to consumers, Philadelphia's soda tax represents an increase of $1.44 on a six-pack of 16-ounce (454-gram) bottles.

Philadelphia Mayor Jim Kenney, a Democrat, hailed the decision, saying the ruling "offers renewed hope for tens of thousands of Philadelphia children and families who struggle for better lives in the face of rampant poverty."

Shanin Specter, a lawyer for the consumers and groups that challenged the tax, said they were disappointed with the decision. Opponents cite less-than-expected revenue as evidence the tax is not a sustainable way to fund the programs for which it is earmarked.

A bill to invalidate the Philadelphia soda tax and prevent other municipalities from imposing one is pending in the state House.

Bloomberg Philanthropies, which has spent more than $130 million on public health to reduce obesity around the globe, said similar beverage taxes are in place in four northern California cities; Boulder, Colorado; and Seattle. The taxes range from 1 cent to 2 cents per ounce.