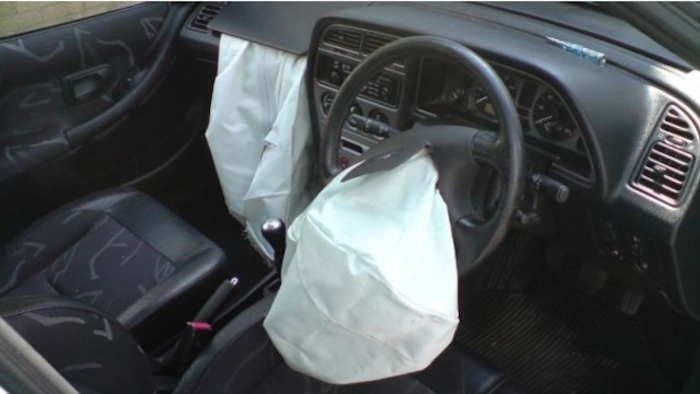 DETROIT (AP) — An investigation has found that the U.S. government's highway safety agency failed to act quickly on a consumer complaint, and that could have delayed recalls of dangerous Takata air bag inflators.

The safety agency responded with a statement Wednesday saying that it had taken "unprecedented actions to ensure public safety is prioritized," including improvements to search functions on its Takata recall website, and that it continues to improve its processes.

Sen. Bill Nelson of Florida, the ranking Democrat on a committee that oversees NHTSA, said the report is cause for the Senate not to confirm Deputy Administrator Heidi King as NHTSA's leader.

"This is further evidence that the federal auto safety regulator isn't doing enough to protect the public," he said in a statement.

The report is one of at least three in recent years criticizing the agency for its oversight of recalls. Investigations have discovered NHTSA shortcomings in the large recalls involving faulty General Motors small-car ignition switches and unintended acceleration involving Toyota vehicles. A 2011 report by the Government Accountability Office recommended that NHTSA develop plans to use data collected on recalls to analyze patterns and trends. That recommendation is still open, according to the inspector general's report.

In the Takata case, the inspector general said that NHTSA managers did not make sure their staff sufficiently monitored repairs or the size of recalls before the agency and Takata reached a broad recall agreement in May of 2015. The agency did not act quickly on an August 2013 consumer complaint that indicated the Takata recalls didn't cover enough vehicles. The inaction "may have delayed recalls of affected vehicles," the report said.

Takata uses the chemical ammonium nitrate to create a small explosion and inflate air bags in a crash. But the chemical can deteriorate when exposed to high heat and humidity and burn too fast, blowing apart a metal canister designed to contain the explosion. That can hurl shrapnel into drivers and passengers. At least 23 people have been killed and about 300 injured worldwide because of the problem, which forced Takata into bankruptcy protection.

The inspector general found that NHTSA's "minimal action" to address low Takata recall completion rates "may have contributed to the slow implementation of these recalls between 2008 and 2015."

The report recommendations include having NHTSA develop a process to monitor reporting of recall repairs, the size of recalls and the risk of the defects. It said the process should include taking "appropriate steps" with manufacturers that don't obey recall rules, "including enforcement actions when necessary."