USDA Providing $2.36B in Relief Funds

Part of the Bipartisan Budget Act of 2018, it should help America’s farmers and ranchers recover from hurricanes and wildfires.

U.S. Secretary of Agriculture Sonny Perdue announced the U.S. Department of Agriculture (USDA) will make disaster payments of up to $2.36 billion, as provided by Congress, to help America’s farmers and ranchers recover from hurricanes and wildfires. The funds are available as part of the 2017 Wildfires and Hurricanes Indemnity Program (2017 WHIP). Sign-up for the new program, authorized by the Bipartisan Budget Act of 2018, will begin no later than July 16.

USDA’s Farm Service Agency (FSA) will make these disaster payments to agricultural producers to offset losses from hurricanes Harvey, Irma and Maria, as well as the California wildfires. The Act actually provides more than $3 billion in disaster relief by creating new programs, and expediting or enhancing payments for producers.

The new 2017 WHIP will be guided by the following principles:

WHIP disaster payments are being issued in addition to payments through traditional programs, some of which obtained increased funding or had amendments made by the Act to make the programs more responsive, including the Emergency Assistance for Livestock, Honeybees and Farm-raised Fish Program and Livestock Indemnity Program.

During 2017, the U.S. experienced a historic year of weather-related disasters, with an economic impact totaling more than $300 billion. In total, the United States was impacted by 16 separate billion-dollar disaster events including three tropical cyclones, eight severe storms, two inland floods, a crop freeze, drought and wildfire. More than 25 million people – almost eight percent of the population – were affected by major disasters. 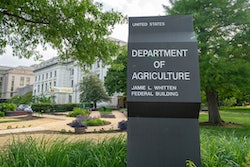 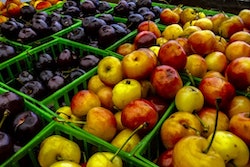