The bill would allow bigger poultry barns within a mile of residential areas. The House passed it Monday on an 84-37 vote; the Senate approved it last month, 29-10 . The bill goes to Republican Gov. Jeff Colyer next, and spokesman Kendall Marr said the governor plans to sign it.

The new law would take effect in July and more than triple the number of chickens that could be housed in poultry barns three-quarters of a mile or less from a home. It would allow barns with up to 333,000 chickens a quarter mile away.

Agribusiness giant Tyson Foods Inc. announced plans in September to build a chicken-processing plant outside Tonganoxie, near Kansas City, and had the backing of state officials, including Colyer. But many local residents were outraged, and the Springdale, Arkansas-based company put its plans on hold.

Officials in Cloud County in north-central Kansas and Coffeyville in southeastern Kansas still hope to attract a Tyson plant. Their legislators and other state officials argue that revising state standards will encourage Tyson or other companies to bring new jobs to the state.

"We've had that for decades with cattle feedlots. More recently, we've had large-scale swine operations and large-scale dairy operations come into the state," said House Majority Leader Don Hineman, a Dighton Republican. "Each of those has been a huge plus for the Kansas economy."

Kansas law currently limits poultry barns within a quarter mile of a home to 100,000 chickens or fewer, depending on how the waste is handled. Barns with fewer than 30,000 birds can be closer.

There's one method of handling chicken manure that state law doesn't specifically address: drying it into litter. The bill would allow far more birds in operations with "dry manure" systems.

State officials have argued that new standards still would protect the environment. But environmentalists and some legislators are skeptical.

Zack Pistora, a lobbyist for the Kansas Sierra Club, said the bill shows "no regard for public health."

"Tonganoxie embarrassed them," Pistora said. "The community uprising embarrassed the agricultural industry of Kansas, so I think this is retaliation." 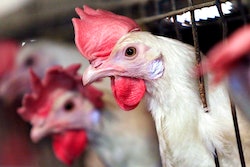 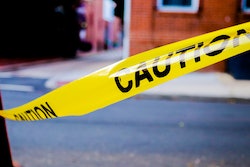 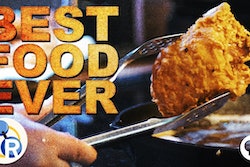 The Chemistry of Fried Chicken