Companies involved include those that make automotive spark plugs and braking systems. 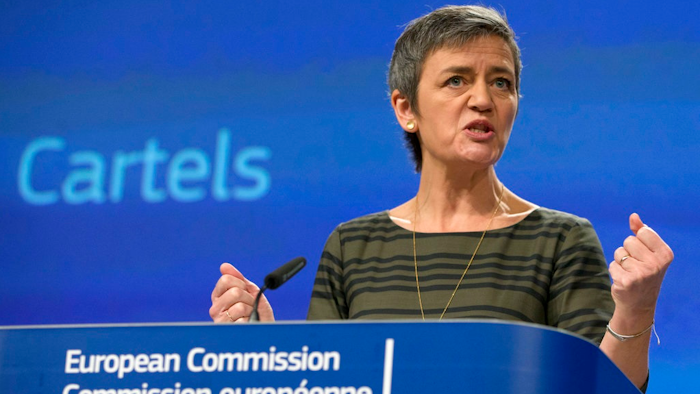 European Commissioner for Competition Margrethe Vestager speaks during a media conference at EU headquarters in Brussels on Wednesday, Feb. 21, 2018. The European Union's anti-trust watchdog is sounding the warning to business cartels by announcing fines totaling more than half a billion euros (600 million US dollars) in three anti-trust cases.
AP Photo/Virginia Mayo

BRUSSELS (AP) — The European Union's anti-trust watchdog is sounding the warning to business cartels by announcing fines totaling more than half a billion euros ($600 million) in three anti-trust cases.

MOL avoided a 203 million euro fine by blowing the whistle on the cartel.

Denso and TRW received immunity for exposing the cartels.