Paris, and the Future of Fossil Fuels 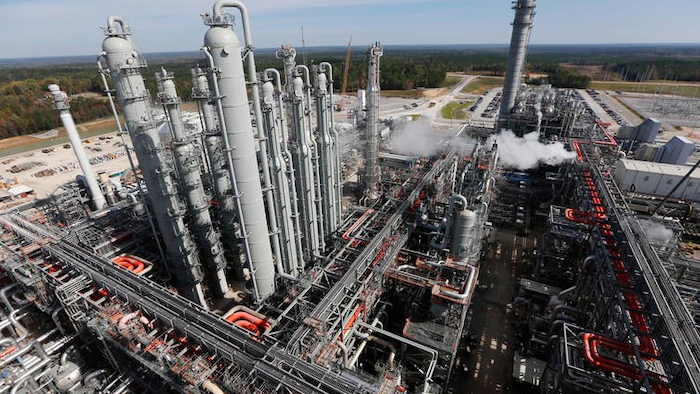 The U.S. does not have any operating coal plants that prevent coal emissions from entering the atmosphere. Carbon capture and storage technology for coal has proven to be expensive and technically difficult.
AP Photo/Rogelio V. Solis

Attacks on climate policies are not really about the science. They’re about the future of fossil fuels.

Any program with a reasonable chance of meeting the goals embraced by the 2016 Paris accords (holding global temperature increases below 1.5 to 2 degrees Celsius compared to preindustrial levels) is likely to mean drastic changes in fossil energy markets.

And the task is only getting harder. After three years of leveling off, global greenhouse gas emissions from fossil fuels are projected to grow 2 percent in 2017 to a new record high.

I have spent much of my career heading federal programs designed to foster alternatives to fossil fuels. When I look at what it would take to avoid the temperature rise agreed to in the Paris Agreement, it’s clear that meeting these goals is an existential threat to fossil fuel industries.

Carbon dioxide stays in the atmosphere for decades, so its climate impact depends on the total volume of emissions over the years. We’ve already added about three-quarters of the cumulative amounts that would lead to a 1.5 degree increase.

It is still technically possible to keep total volumes of greenhouse gases below the 2 degree level if we start an aggressive climate program immediately. But the only credible strategies for meeting the goals that do not include dramatic near-term reductions in fossil fuel emissions involve enormous projects to remove carbon dioxide from the atmosphere.

The most benign of these involve capturing carbon in plants and soils. While improved agricultural and forestry practices will be an important part of any climate strategy, systems capable of offsetting current fossil emissions through soil and plants would need to use massive amounts of productive land, water and nutrients.

What about meeting emissions goals by primarily cutting fossil fuel use?

In 2009 the U.S. and other “group of eight” countries agreed that meeting long-term climate goals meant that they should reduce their greenhouse gas emissions by at least 80 percent by 2050. Even with optimistic assumptions about innovative agricultural policies, meeting the 80 percent reduction goal would mean reducing U.S. carbon dioxide emissions – most of which is released by burning fossil fuels – by 70 to 85 percent.

Cutting fossil fuel use to this extent implies drastic and very fast changes to the world’s energy patterns. In addition to forcing a shift to near zero emission generation of electricity in the next 30 years, a successful climate policy would need to all but eliminate use of gasoline and diesel fuels for transportation and use of natural gas for heating buildings and operating appliances. Since much of the equipment involved lasts 15 to 30 years (power plants and pipelines much longer), new sales of fossil fuel equipment must slow or stop within two decades.

Are these changes anywhere near feasible? I believe the huge emission reductions needed are possible with innovations in energy efficiency and low-carbon sources of electricity, as well as policies to promote markets for innovation.

At the same time, fossil fuels can be a part of the solution if the carbon dioxide they produce is captured and permanently stored. This is technically possible for electric generation.

For example, a natural-gas-powered plant nearing completion in Texas using the innovative Allam cycle is extremely promising. It uses supercritical CO2 as a working fluid and captures CO2 from burned gas as part of its process. Capturing carbon dioxide from coal-fired plants, while clearly possible, is more challengingbecause of the complexity in the chemistry of coal and its contaminants.

But only 30 percent of fossil fuels are used to generate electricity. The rest is used to supply industrial processes, power cars and trucks, heat buildings and produce hot water. While some industrial processes may be able to capture and store emissions, this won’t be possible for most of them. That’s because they produce comparatively small amounts of emissions in a single location, and transportation emissions come from mobile sources. Meeting climate goals will require all but eliminating fossil fuel use in most of these areas.

Attractive nonfossil technologies are available and more are under development, but it can take decades for them to dominate these enormous markets even with well-designed incentives.

Residential forced air furnaces, for example, typically last 10 to 25 years. Half of all cars on the road in the U.S. today are over 15 years old and nearly 16 percent are over 20 years old, and the electric vehicle market is still maturing.

Meanwhile, electric generation facilities, industrial facilities and new pipelines can last 50 years or longer. Given the long life of this type of equipment, it’s reasonable to ask whether facilities built today will be viable in 2050 if the U.S. was really on a path to eliminating carbon emissions by midcentury.

A rapid shift to a low-carbon economy will obviously disrupt businesses and jobs now built around fossil fuels and the jobs they create. A recent Department of Energy Study estimates that fossil fuel businesses now employ slightly more than a million people, 85 percent in the production and use of oil and gas and its use for electric generation.

Many of these jobs will be in jeopardy if we meet climate goals. However, I believe any losses in employment will be more than offset by rapid growth in low-carbon industries, including energy efficiency, nuclear, renewables, and natural gas plants that capture and sequester CO2. Employment in these areas is already about 2.75 million, and the numbers are increasing rapidly.

It is also likely that the new “energy infrastructure” investments will create large numbers of new jobs in areas such as new electric vehicle charging systems; “smart grid” electric systems that integrate renewable energy sources, microgrids, efficiency technologies and grid-level storage. Also, new infrastructure will be needed to retrofit and build new industrial and building systems that use electricity or other clean energy sources instead of fossil fuels. The jobs created to meet U.S. and international markets for these technologies are often attractive and well-paying.

This of course is a poor solace to people now employed in fossil fuel businesses. Any sensible policy driving the shift from fossil fuels must include a strategy for facilitating their transition to the new economy and the funding needed to make it work. The transition may not be as graceful for the fossil industry itself. And they know it.