GOP Under Pressure On Drilling Rule

Republicans are under pressure as the Senate weighs overturning an Obama-era regulation to restrict methane emissions escaping from oil and gas wells on public land.

WASHINGTON (AP) — Republicans from energy-producing states are under pressure as the Senate weighs whether to overturn an Obama-era regulation to restrict harmful methane emissions escaping from oil and gas wells on public land.

A coalition of groups with ties to the fossil-fuel industry and the conservative Koch Brothers have waged a public campaign to overturn the Interior Department rule but have so far fallen short.

Senate Republican leaders say they are close to getting the 51 votes needed to overturn the rule under the Congressional Review Act, but as a Thursday deadline approaches, no vote has been scheduled and key GOP senators remain publicly undecided.

Two Republican senators — South Carolina's Lindsey Graham and Susan Collins of Maine — have said they will oppose the repeal effort, while Republican Sens. Cory Gardner of Colorado and Dean Heller of Nevada have not declared how they will vote. Sen. Rob Portman, R-Ohio, said late Monday he will support the repeal effort after weeks of public silence, saying he got assurances from Interior Secretary Ryan Zinke that he will take steps to reduce methane waste.

Despite Portman's announcement, some environmental groups are optimistic they can score an unlikely victory by preserving the Obama-era rule under a Republican-controlled Congress and White House. "This was a longshot," said Mark Brownstein, vice president of the Environmental Defense Fund. "Is there any bigger or badder opponent than the oil and gas industry?"

The methane issue "has captured the attention of local communities, and the reason is they are seeing the impact on their houses, their water and in some cases they are literally smelling it," Brownstein said. "When you have local groups getting engaged and speaking out ... it's incredibly hard for any elected representative to ignore that."

President Barack Obama finalized a rule in November that seeks to reduce waste and harmful methane emissions as part of a strategy to address climate change.

Energy companies frequently "flare" or burn off vast supplies of methane — the primary component of natural gas — at drilling sites because it earns less money than oil. An estimated $330 million a year in natural gas is wasted through leaks or intentional releases — enough to power about five million homes a year.

Gas flaring is so prevalent in oil-rich North Dakota that night-time flaring activity on drilling sites is visible in NASA photos from space.

Robert Dillon, a spokesman for the American Council for Capital Formation, a business-aligned group that promotes lower regulations and taxes, said he is confident the methane rule will be overturned. The Republican-controlled House voted in February to reject the rule, and President Donald Trump is expected to sign the measure if it lands on his desk.

While acknowledging that the Senate vote has taken longer than expected, "nearly all Republicans are now expected to support repeal of the methane rule," Dillon said Monday in an email to reporters. Democrats and environmental groups hailed the Obama rule as a way to protect the public health and generate tens of millions of dollars in revenues for state, local and tribal governments.

Republicans and industry groups call the rule another example of federal overreach under Obama and say it duplicates state rules in place throughout the West. Methane emissions fell by 13 percent from 2011 to 2014 even as production boomed, according to government data.

"The oil and gas sector has been so successful in reducing methane emissions from venting and flaring, in part, because methane itself is a valuable resource that producers capture and sell," a coalition of industry groups said in a letter to senators.

The groups include the American Energy Alliance and Americans for Prosperity, part of a conservative network backed by billionaires Charles and David Koch. The Obama rule will decrease energy production on federal lands, leading to lower revenues from royalties and higher energy costs and lost jobs, the coalition said.

Both sides of the debate have targeted Gardner, a first-term senator who heads the Republican Senate campaign committee. The federal rule is based on a Colorado regulation widely popular in the state. A recent poll showed 83 percent of Colorado residents support requiring energy companies to prevent leaks of methane gas.

Gardner and Heller declined to comment. Sen. Maria Cantwell, D-Wash., said Gardner, Heller and other senators face a choice. "We can protect the health of our citizens, or we can go back to more pollution and more waste," Cantwell said Monday. 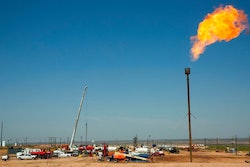 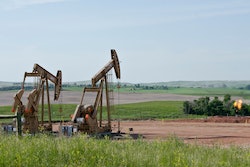