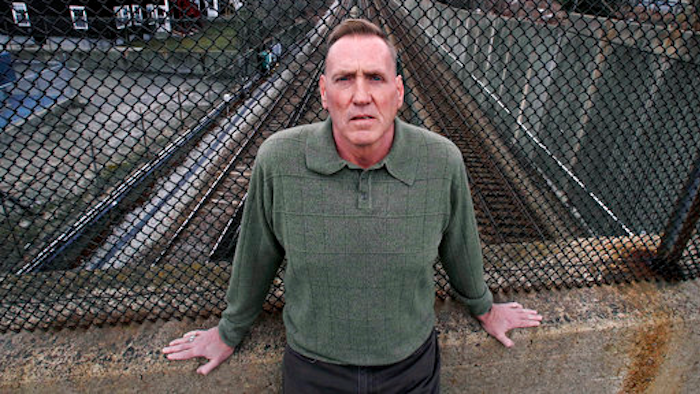 In this Friday, April 7, 2017 photo, Jimmy Duran poses near Phoenix House, a drug and alcohol rehabilitation facility, in Quincy, Mass. Duran was prescribed opioids for years after hurting his neck and fracturing vertebrae in a workplace accident in 2004. "OxyContin, Percocet, morphine," he recalled. "It ruined my life. It brought me to my knees." Clean now, he's become a licensed counselor at a substance abuse prevention and treatment program.
AP Photo/Charles Krupa

A number of U.S. states are taking steps through their workers compensation systems to stem the overprescribing of the powerful painkillers to workers injured on the job, while helping those who became hooked to avoid potentially deadly consequences.

Injured workers, like so many others dealing with pain, are often prescribed opioids like OxyContin and Vicodin.

"I was eating them up like they were candy," said Jimmy Duran, of Boston, who was prescribed opioids for years after hurting his neck and fracturing vertebrae in a workplace accident in 2004. A commercial mover, Duran was hit and thrown 30 feet by a moving truck.

Unable to work, broke and desperate to feed his habit, Duran said he eventually began dealing cocaine to bring in cash, a mistake that landed him in jail for two years. Free of addiction now, he has become a licensed counselor at a substance use prevention and treatment program.

In all, about 2.8 million private industry workers and 752,000 public sector employees suffered nonfatal workplace injuries in 2015, more than half resulting in time away from work, according to the most recent figures from the federal Bureau of Labor Statistics.

According to a survey by CompPharma, an industry group that seeks to control workers compensation spending, more than $1.5 billion was spent on opioids by workers compensation insurers in 2015, with prescriptions for injured workers accounting for 13 percent of total opioid pharmacy costs in the U.S. that year. Survey respondents cited opioids and addiction as their most pressing concern.

A separate study of 337,000 workers compensation claims in 25 states published last year by the independent Workers Compensation Research Institute found that 55 to 85 percent of injured workers who missed seven days or more of work received at least one opioid prescription.

Rates of longer-term opioid use varied widely among states, the study found, including 1 in 6 injured workers in Louisiana, and 1 in 10 in California, New York and Pennsylvania, but only 1 in 30 in New Jersey and Missouri.

Omar Hernandez, an administrative judge who resolves workers compensation disputes for the Massachusetts Division of Industrial Accidents, said injured workers belie a common misconception of addicts as people shooting up in back alleys.

"These are people from all walks of life that didn't ask to get injured," he said. "These are hard-working people who unfortunately suffered a work-related injury ... and are now hooked on these drugs."

After he and other judges became alarmed by overdoses and deaths among people in the state's workers compensation system, Hernandez spearheaded a voluntary program for people who had settled claims but were still being treated with opioids. It offers an expedited hearing process to resolve medication disputes with insurers and assigns care coordinators to help guide workers toward alternative treatments for pain.

Other states are changing policies, as well.

Calling opioid abuse a public health crisis that "deeply affects" injured workers in New York, the workers compensation board there announced in October it would allow insurers to request hearings to determine whether a claimant should be weaned off opioids.

Under new rules issued by the Ohio Bureau of Workers Compensation, reimbursement for opioid prescriptions can be denied if it's believed physicians are overprescribing or otherwise failing to follow "best medical practices" in treating injured workers.

The rules also allow the bureau to provide treatment for opioid dependence to workers who got hooked on painkillers after getting hurt.

Those and previous steps taken by Ohio to combat opioid abuse have resulted in 44 percent fewer injured workers receiving opioids in the past five years, saving $46 million in drug costs, said Melissa Vince, a spokeswoman for the bureau.

Duran's advice to other injured workers is to use painkillers sparingly and get off of them as quickly as possible.

"Once you're on these pills, you forget you're hurt," he said. "You're just about getting that high."