Prosecutors have been investigating possible connections between the marketing of addictive painkillers and the epidemic of opioid and heroin deaths.

Linda Johnson
This photo shows a bottle of Morphine Sulfate, made by the pharmaceutical company Mallinckrodt PLC, in Carmichael, Calif. The Dublin, Ireland-based company, which sells a number of powerful opioid painkillers, has agreed to pay the U.S. government $35 million to resolve a probe of its distribution of those drugs.
AP Photo/Rich Pedroncelli

TRENTON, N.J. (AP) — A top maker of brand-name and generic narcotic painkillers has agreed to pay the U.S. government $35 million to resolve a probe of its distribution of those drugs.

Mallinckrodt PLC said Monday it has reached an agreement with the U.S. Drug Enforcement Administration and the U.S. attorneys for the Eastern District of Michigan and Northern District of New York. The deal is subject to further review and approval by the DEA and Justice Department.

Mallinckrodt didn't admit any wrongdoing, as is common with deals ending federal probes of companies.

Prosecutors and lawmakers have been investigating possible connections between the marketing of addictive painkillers and the epidemic of opioid and heroin deaths.

Numerous companies that sell addictive opioid painkillers have been accused by politicians, lawyers and others of contributing to the U.S. epidemic of people who become addicted to the pills, often after having them prescribed following surgery or injury. Many eventually turn to much-cheaper heroin as a replacement.

More than 33,000 Americans died of an opioid overdose in 2015, the most of any year, according to the Centers for Disease Control and Prevention. Nearly half of the opioid overdose deaths involve a prescription opioid.

In one of the latest probes, Sen. Claire McCaskill, D-Missouri, last week began an investigation by seeking marketing information, sales records and studies from manufacturers of top-selling opioid products. She noted sales of prescription opioids have quadrupled since 1999. 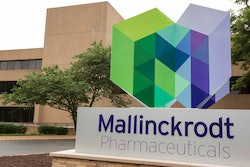