They say makers of military-style rifles should be held liable for injuries the rifles cause. 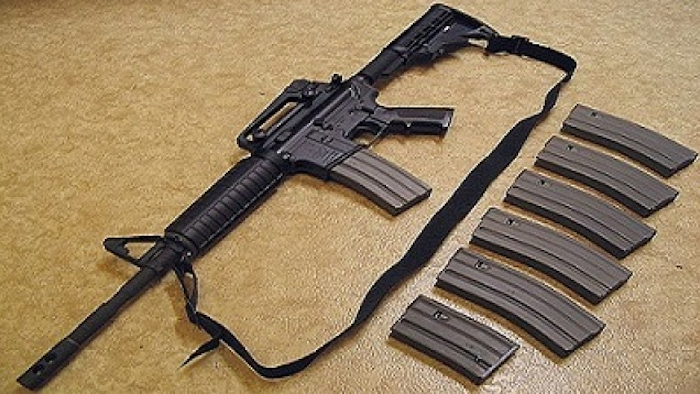 The XM15-E2S semi-automatic rifle and magazines.

HARTFORD, Conn. (AP) — A group of doctors who treated mass shooting victims is asking the state Supreme Court to reinstate a lawsuit against the maker of the rifle used in the Sandy Hook Elementary School massacre.

Lawyers for the 10 doctors said Tuesday that they planned to file a friend-of-the-court brief asking the justices to overturn a lower-court decision in October that dismissed the lawsuit against Remington Outdoor Co., of Madison, North Carolina. They said makers of military-style rifles should be held liable for injuries the rifles cause, a claim Remington contested.

The doctors include emergency room physicians and trauma surgeons who treated patients shot by military-style rifles including AR-15s in attacks at the Newtown school, in San Bernardino, California, and in Colorado at Columbine High School and an Aurora movie theater.

"These military weapons are completely distinct from handguns and rifles used for hunting or self-defense," lawyers for the doctors said in their brief. "They can cause enormous human carnage, destruction and chaos with their high energy and rapid fire bullets that leave gaping holes and turn surrounding tissue and organs into goo in large numbers of victims in a matter of seconds."

Gunman Adam Lanza used a Bushmaster AR-15-style rifle to kill 20 first-graders and six educators at the Newtown school in December 2012. He had killed his mother before going to the school, and he killed himself as police arrived at the school.

Lawyers for Remington said the rifle was made, distributed and sold legally.

A judge in October sided with Remington's argument that the lawsuit was barred by a federal law that shields gun manufacturers from most lawsuits over criminal use of their products. That decision was appealed to the state Supreme Court, with the plaintiffs saying the lawsuit was allowed under an exemption to the federal law.