This was a victory for Johnson & Johnson, after it lost three previous, similar lawsuits. 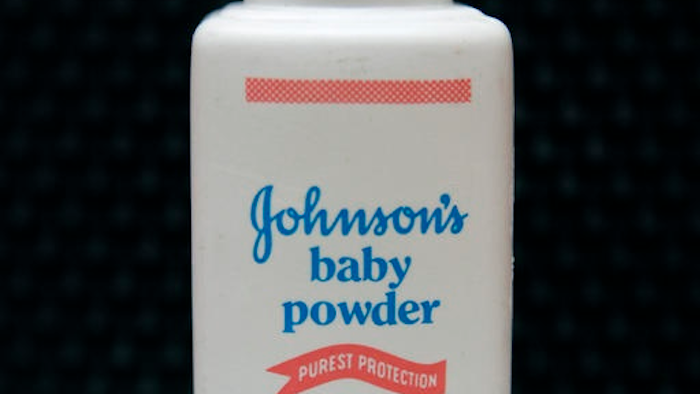 ST. LOUIS (AP) — A St. Louis jury on Friday rejected a Tennessee woman's lawsuit that Johnson & Johnson baby powder contributed to her ovarian cancer, a victory for the company after it lost three previous, similar lawsuits in St. Louis.

The jury voted 11-1 to deny damages to Nora Daniels, 55, of Columbia, Tennessee, who said she used Johnson & Johnson's talcum powder from 1978 to 2013, when she was diagnosed with ovarian and uterine cancer. She also sued Imerys Talc, a talcum powder supplier, the St. Louis Post-Dispatch reported.

The verdict for Johnson & Johnson came after three previous St. Louis juries awarded a total of $197 million to the plaintiffs who made similar claims. About 2,000 state and federal lawsuits are in courts across the country over concerns about health problems caused by prolonged talcum powder use.

Daniels' lawyer, Jim Onder, said he thinks the difference between Friday's verdict and the three previous St. Louis cases was that this jury didn't think the talcum powder contributed to Daniels' specific type of cancer.

"The jury's decision is consistent with the science, research, clinical evidence and decades of studies by medical experts around the world that continue to support the safety of cosmetic talc," the statement said, while citing two cases thrown out in New Jersey in September 2016 when a judge found insufficient scientific evidence for the claims against talcum powder.

Imerys spokeswoman Gwen Myers said in a statement the jury followed "the science that establishes the safety of talc."

"Imerys sympathizes with women suffering from ovarian cancer and hopes that the scientific community's efforts will continue to be directed toward finding the true causes of this terrible disease," the statement said.

Juror Luke Wilson, 34, of St. Louis, said the jury did not think evidence linking talcum powder with ovarian cancer was strong enough to require Johnson & Johnson to put warning labels on its products.

The only dissenting juror, George Stair, 76, of St. Louis, said he thought there was enough evidence.

"I wish we could have sent a message to Johnson & Johnson to put a warning on the product label," he said.