Judge cut nearly all of a potential $562 million fine against the giant utility in a criminal case alleging it violated safety regulations before a deadly natural gas pipeline explosion. 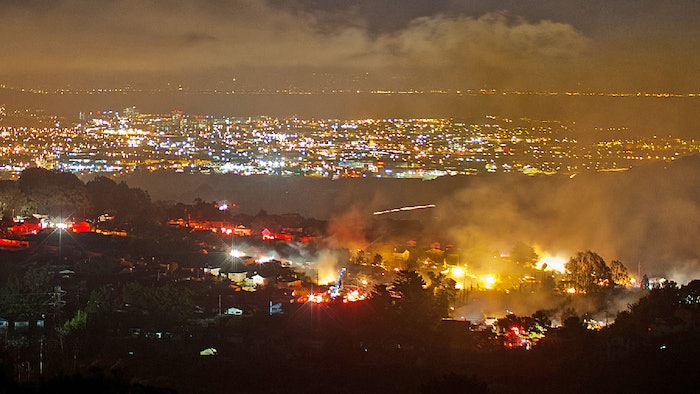 SAN FRANCISCO (AP) — In a big victory for Pacific Gas & Electric Co., a judge has cut nearly all of a potential $562 million fine against the giant utility in a criminal case alleging it violated safety regulations before a deadly natural gas pipeline explosion in California and then obstructed investigators.

U.S. District Court Judge Thelton Henderson issued the order Tuesday without explanation late in the day, hours after the U.S. Attorney's Office requested it in a court filing.

Prosecutors also offered no explanation for their surprising decision to seek a lower fine against PG&E after more than a month of testimony at trial and four days into jury deliberations.

Jurors are deciding whether the company is guilty of multiple charges filed following the 2010 blast that sent a giant plume of fire into the air, killing eight people and destroying 38 homes in the San Francisco Bay Area city of San Bruno.

PG&E now faces a maximum fine of $6 million if convicted of 11 pipeline safety violations and obstructing investigators after the blast. No PG&E officials are facing prison time.

The potential $562 million fine was double the amount of money prosecutors said PG&E saved by skirting pipeline safety requirements. The utility argued in court filings that determining any savings would be complicated and unduly prolong a penalty phase of the trial.

Prosecutors may have been concerned that jurors would think they were asking for too much money and too much of their time to sit through a possible penalty phase, said Robert Weisberg, a criminal law professor at Stanford University.

He said jurors might be so angry at prosecutors that they would side with the company on every count.

Brandon Garrett, a professor at the University of Virginia School of Law who studies corporate crime, said the larger fines the government was initially seeking are meant to act as a deterrent and prosecutors appeared to be giving PG&E "a massive and unexplained discount" in the revised proposal.

"Obviously, if a company does not have to pay a fine that is larger than its gains, then its crime becomes profitable," Garrett said.

During the investigation of the San Bruno blast, the San Francisco-based utility misled federal officials about the standard it was using to identify high-risk pipelines, prosecutors have said.

The standard PG&E used violated safety regulations and led to a failure to classify the San Bruno pipeline and others as high-risk and properly assess them, prosecutors said in a 2014 indictment.

PG&E also was charged with violating pipeline safety laws after prosecutors alleged the company ignored shoddy record-keeping and failed to identify threats to its larger natural gas pipelines. The company did not subject the pipelines to appropriate testing, choosing a cheaper method to save money, prosecutors told jurors.

PG&E pleaded not guilty and said its employees did the best they could with ambiguous regulations they struggled to understand. Engineers did not think the pipelines posed a safety risk, and the company did not intend to mislead investigators, PG&E attorney Steven Bauer said during the trial.

The utility inadvertently sent officials a draft policy about its standard for identifying high-risk pipes, not one the company was actually following, he said.

Investigators have blamed the blast in part on poor PG&E record-keeping that was based on incomplete and inaccurate pipeline information. California regulators fined the company $1.6 billion last year for the explosion.

This story has been corrected to say a jury is deciding whether PG&E is guilty of the charges, not deliberating on a penalty.