President Obama made the remarks during a visit to Elkhart, Indiana. He's holding up the manufacturing community as a symbol of the nation's climb from recession to recovery. 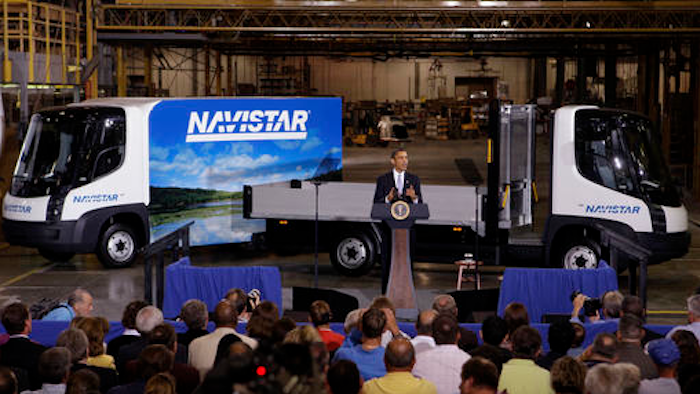 This Aug. 5, 2009 file photo shows President Barack Obama as he delivers remarks on the economy in front of Navistar's all-electric commercial truck at a manufacturing plant in Wakarusa, Ind. Obama, who made his first trip as president to nearby Elkhart, Ind. will visit Concord High School in Elkhart on Wednesday, June 1, 2016.
AP Photo/Michael Conroy, File

ELKHART, Ind. (AP) — President Barack Obama says people should beware of politicians who are "preying" on Americans' anxieties about the economy in a bid to win headlines and votes.

Obama isn't naming names. But he says some politicians are running on anti-trade, anti-immigrant policies in an effort to play to people's fears.

Obama made the remarks during a visit to Elkhart, Indiana. He's holding up the manufacturing community as a symbol of the nation's climb from recession to recovery.

Obama says his administration's "smart" decisions played a part in helping Elkhart come back. He says he wants to bust "myths" that Democratic policies are bad for the economy.