Apple: Congress, Not Courts, Must Decide

Apple will argue that the request to help it hack into an iPhone is improper under an 18th century law.

Tami Abdollah
An iPhone is seen in Washington, Wednesday, Feb. 17, 2016. The San Bernardino County-owned iPhone at the center of an unfolding high-profile legal battle between Apple Inc. and the U.S. government lacked a device management feature bought by the county that, if installed, would have allowed investigators easy and immediate access.
AP Photo/Carolyn Kaster

Apple Inc. will tell a federal judge this week in legal papers that its fight with the FBI over accessing a locked and encrypted iPhone should be kicked to Congress, rather than decided by courts, The Associated Press has learned.

Apple will also argue that the Obama administration's request to help it hack into an iPhone in the federal investigation of the San Bernardino attack is improper under an 18th century law, the 1789 All Writs Act, which has been used to compel companies to provide assistance to law enforcement.

A lead attorney for Apple, Theodore J. Boutrous Jr., previewed for the AP some of the company's upcoming arguments in the case. Apple's chief executive, Tim Cook, has also hinted at the company's courtroom strategy.

Apple's effort would move the contentious policy debate between digital privacy rights and national security interests to Congress, where Apple — one of the world's most respected technology companies — wields considerably more influence. Apple spent nearly $5 million lobbying Congress last year, mostly on tax and copyright issues. Key lawmakers have been openly divided about whether the government's demands in the case go too far.

Magistrate Judge Sheri Pym in California ordered Apple last week to create specialized software to help the FBI hack into a locked, county-issued iPhone used by a gunman in the mass shootings last December in San Bernardino, California. Syed Farook and his wife, Tashfeen Malik, killed 14 people at an office holiday party in an attack at least partly inspired by the Islamic State group.

"The government is really seeking to push the courts to do what they haven't been able to persuade Congress to do," Boutrous said in an AP interview. "That's to give it more broad, sweeping authority to help the Department of Justice hack into devices, to have a backdoor into devices, and the law simply does not provide that authority."

The White House spokesman, Josh Earnest, this week disputed that Congress should settle the issue and called the government's request narrow. Earnest said the magistrate judge "came down in favor of our law enforcement" after evaluating arguments by Apple and the FBI. Apple hasn't yet made any filings in the case because the Justice Department asked the magistrate to rule before Apple had an opportunity to object.

"Sending complicated things to Congress is often not the surest way to get a quick answer," Earnest said. "In fact, even asking some of the most basic questions of Congress sometimes does not ensure a quick answer."

Apple intends to argue that the 1789 law has never been used to compel a company to write software to help the government.

Michael Zweiback, the former chief of the cybercrimes section of the U.S. Attorney's Office in Los Angeles, said it was highly unusual for the U.S. to ask Apple to give the FBI specialized software that would weaken the digital locks on the iPhone.

"There's a significant legal question as to whether the All Writs Act can be used to order a company to create something that may not presently exist," Zweiback said. He said as a former prosecutor he was sympathetic to the government's case, but he described Apple's arguments as strong and said the issue has broad implications.

Another expert, Mark Bartholomew, a professor specializing in cyberlaw at the University at Buffalo in New York, said Apple may have a compelling case arguing that it would be unfair to force it to make its devices less secure, though it's not clear whether courts would agree that Congress should decide the matter.

"When you're requiring a private entity not just to unlock something, or not just to show you something, but to actually change their design — then you start getting into different grounds," Bartholomew said. "It makes the stakes higher. It makes us, I think, more sympathetic to what Apple is arguing for. It seems more violative of Apple's independence."

The U.S. has used the All Writs Act at least three times — most recently in 1980 — to compel a phone company to provide a list of dialed numbers despite the company's initial refusal to do so. But in those cases the technology and tools already existed, said Jennifer Granick, an attorney and director of civil liberties and the Stanford Center for Internet and Society.

"This is a terrorism investigation that's solved. We know who did it," Granick said. "What happens so often is we do something that's justified for terrorism, but it's going to get used in regular, run-of-the-mill cases." 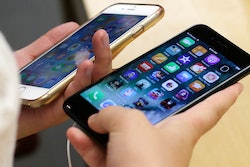 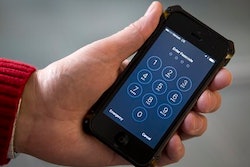 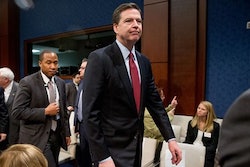