How a 'Hard' Brexit Would Harm US Carmakers & Drug Companies

American companies most exposed to Brexit are those with operations in the U.K. and in three specific industries.

The EU’s equivalent of the FDA is relocating to Amsterdam from London.
AP Photo/Peter Dejong

Nearly three years have passed since British voters chose to leave the European Union, a decision that created uncertainty and risks that have become a focal point of economic forecasters like me.

Yet the U.K. still doesn’t know what sort of Brexit it wants. Does the U.K. want a so-called soft Brexit that allows it to keep most of the benefits of EU membership without certain requirements like the open movement of people? Or a hard Brexit that essentially isolates the U.K. market from the EU’s? Or something in between?

As a result of this indecision, it has become increasingly possible that the U.K. will not be able to negotiate a favorable withdrawal agreement before the revised deadline of April 12 – though that might be extended by several months, a year or longer. If negotiators can’t agree, that could force a type of hard Brexit in which the U.K. crashes out of the EU. While politicians, economists and others expect such an outcome to be costly for the U.K. and Europe, it’s much less clear what the impact would be for U.S. companies.

I’ve been forecasting the outlook for U.S. businesses for more than a decade as part of the Indiana Business Research Center and also co-author of its annual global economic outlook.

I believe American companies most exposed to Brexit are those with operations in the U.K. and in three specific industries: financial, auto and pharmaceutical. To understand why, it’s important to first learn the U.K.‘s special place in the EU for American companies.

America’s Top Market in the EU

The EU is an integrated market that has essentially eliminated all internal trade barriers between its 28 member states. Capital, goods, services and labor move freely across members’ borders. Regulations have been harmonized. And members share a common set of market rules.

This means that every port of entry into the EU – whether in the U.K., Germany or Bulgaria – is virtually the same. Businesses based in non-member countries face the same hurdles no matter where they send their products.

In practice, however, this hasn’t been quite true. American businesses have preferred to use the U.K. as their main gateway to Europe. After the EU was established in 1993, U.S. companies have opened more subsidiaries and gained strategic partners in the U.K. to do just that.

As a result, the U.K. is the number one destination for U.S. goods and services within the EU and the second-biggest recipient of American investment. The U.K. is also the biggest investor in the U.S.

The reasons why may be rooted in the fact that the U.S. and the U.K. share a common history and a common language and have cultural ties. For U.S. businesses, removing the language barrier makes the U.K. a relatively low-cost entry point into the EU market.

Few sectors have gained more from this close relationship than financial institutions, carmakers and drug manufacturers. That also means they have the most to lose if Brexit gets messy.

1. Banks and the End of ‘Passporting’

One of the reasons London became the EU’s largest financial center – and the primary conduit to Europe for U.S. banks – is because of something known as “passporting.”

Passporting allows a company granted regulatory permission to undertake certain activities in one member state to do the same business in every other EU country. In practice, this has meant a U.S. financial company could simply open up an office in London to have access to the entire market. U.K.-based employees were then free to work in any other country in the EU.

But a hard Brexit would change that. U.S. banks with U.K. subsidiaries may need to obtain a new license from regulators in every EU country they operate in, which would disrupt operations.

While this is a problem American companies in many industries are facing – including car and drug manufacturers – it would affect financial firms most because they operate in a sector that’s entirely service-based, which means labor is their biggest risk. If employees can’t travel and do their jobs freely throughout the EU market, the costs could be significant.

U.S. carmakers have their own problems.

Auto companies such as Ford Motor Co. have invested billions of dollars in U.K. manufacturing plants, which give them tariff-free access to other European assembly plants. Ford has located its engine production in the U.K., which needs to be freely connected to plants across Europe that assemble vehicles.

The growing possibility of a hard Brexit is stoking worries among American carmakers that production could be severely disrupted as parts distributed among EU members suffer greater U.K. border delays and currency risks.

In regards to border delays, Ford operates its factories on a “just-in-time” basis, which means that most parts only arrive as needed in the production process to keep inventory costs at a minimum. For this process to work, however, the whole delivery system has to be frictionless, which may not be the case after Brexit.

In regards to currency risk, it is a double-sided risk. If the pound depreciates, the parts needed to make an engine at a U.K. plant will become more costly to import from a EU country. And if the pound appreciates, the engine assembled in the U.K. will be more expensive to export back to the EU.

Ford estimates that a hard Brexit could cost the company US$500 million to $1 billion. To minimize the cost, Ford has begun preparing for these potential disruptions by stockpiling parts and engaging in currency hedging.

A third risk is what happens if the EU and U.K. follow different safety, emission and other performance standards.

While the problem of dealing with potentially two different sets of standards will certainly affect companies in other industries such as carmakers, it’s a significant worry for pharmaceutical manufacturers, who face strict laws for selling their drugs in the EU.

The European Medicines Evaluation Agency, which is the EU’s equivalent to the U.S. Food and Drug Administration, allows pharmaceutical companies to submit a single application to obtain authorization to sell a drug throughout the common market. Since its inception, the agency has been located in London, which led many U.S. drugmakers to base their EU operations in the U.K. The agency is now relocating to Amsterdam, putting foreign drugmakers in a bind.

EU law requires that drugs be tested on EU soil. Since the U.K. will no longer be in the EU after Brexit, U.S. drugmakers may have to relocate their testing facilities. If they don’t, they will face higher costs and obstacles getting their products to EU customers. Pfizer, for example, is estimating that it will incur Brexit costs of $100 million, including changes to clinical trials and stockpiling of drugs for emergency supplies.

Since no EU member state has previously decided to leave the bloc, there is no precedent for this situation, making the ability to forecast the implications near impossible. The good news is that Brexit’s disruption will only be felt temporarily in the transition period. Eventually U.S. companies will get to a new normal of doing business with the EU.

The bad news? The longer that Brexit gets dragged along, the more these transition costs will accumulate.

This article is republished from The Conversation under a Creative Commons license. Read the original article here: http://theconversation.com/how-a-hard-brexit-would-harm-us-banks-carmakers-and-drug-companies-115096. 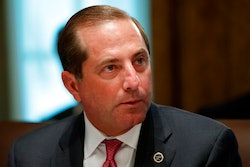