And it's more than two years behind schedule.

A report from NASA’s Office of Inspector General shows that construction of the agency’s mobile launcher program for the new Space Launch System moon rocket is now nearly $5 billion over budget and more than two years behind schedule.

The rocket accompanying the two mobile launch towers is two years behind schedule and $2 billion over budget. Suppliers involved with development of the rocket included Boeing, Aerojet and Northrup Gumman.

In total, the project has blown past its initial $10.8 billion budget, in hitting $14.8 billion by end of last year. By the time the Artemis I launches next year, total costs are expected to reach $18.3 billion.

The first is returning U.S. astronauts to the moon by 2024 using a heavy-lift rocket. The second feature is the construction of two mobile launchers and the accompanying rocket, which will be housed at the Kennedy Space Center. The mobile towers will provide assembly, process, transport and launch duties.

Officials blamed a $380 million overrun for the first launcher on poor communication between contractors, as well as design and integration errors.

The mobile launcher enables NASA to move the rocket and launch tower to the pad on top of a huge crawler-transporter. It also allows for moving both pieces of equipment inside to protect it during inclement weather and to provide additional security.

NASA officials said the second launcher is being designed and built under a single contract, which should improve communication, hopefully limit errors, and help hit timelines. 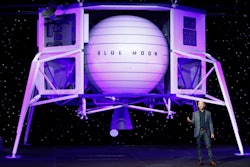 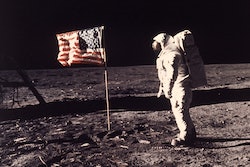