It went through more than 55 feet of water and still penetrated 2 cm of steel.

DSG Technology specializes in patented, high-tech ammunition, and at a North Carolina firing range, the team recently showed off some of its new capabilities.

The first is CAV-X, super cavitating ammunition classified as a Multi Environment Ammunition (MEA). The ammo can be fired underwater using partially or fully submerged weapons and hit targets both underwater and in the air.

Ammo traditionally slows and loses its lethality underwater. CAV-X has traveled through more than 55 feet of water and penetrated 2 cm of steel. Subsequent tests accurately made it through nearly 200 feet underwater.

According to DSG, CAV-X bullets have tips made out of tungsten. The tips create a small air bubble as the shot moves through the water, which reduces drag, similar to the supercavitation effect used in torpedoes and even some boat designs.

According to an article from Defense One, U.S. Special Operations Command has begun experimenting with new bullets.

The company also showed off XMP (Xtreme Material Penetration) ammo that can fire through sandbags, steel, and body armor.

The company recently attended Demo Days at the Modern Warfare Symposium at Fort Bragg in North Carolina; an event put on by the Global Special Operations Forces (SOF) Foundation.

DSG has its headquarters and R&D in Norway, but all production, as well as the aquatic test facility, are in the United States. 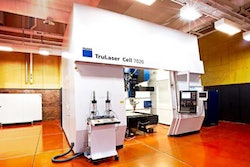 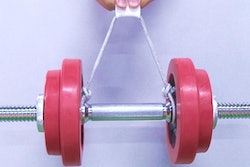