He's going to sell them like timeshares. Also, researchers build a better fuel cell and robots 3D-printed a Martian habitat in 30 hours.

Pierpaolo Lazzarini wants to build an unidentified floating object. The U.F.O. 1.2 has been under development for about three years and now the Italian designer is finally ready to make his floating houseboat a reality.

Spanning 12.5 meters in diameter, the U.F.O. has two living spaces: a main entrance and communal area above the water, and an underwater bathroom and bedroom.

According to designboom, the plan is for the vessel to be self-sustainable. The main deck includes solar panels that charge batteries stored inside of the deck, and it can also be outfitted with an optional vegetable garden.

Water tanks and weights are also stored in the deck, the weights make sure the bottom half (about 7.5 feet) of the U.F.O. stays submerged.

The vessel includes a small electric motor that can move the houseboat up to 3.5 knots.

Right now, Lazzarini is crowdfunding the houseboat, working the business model similar to a timeshare except with a place that you actually want to go. He thinks that he can have the first unidentified floating object ready for the water by 2021.

What's crazy is that this isn't the designer's only exotic floating houseboat. Last year, Lazzarini Design Studio launched a crowdfunding campaign to raise nearly $400,000 to build a floating pyramid he calls a Waya. It's the first step towards a proposed self-sustaining floating community called Wayaland.

Say what you want, but the man has vision.

A team of researchers at the University of Waterloo have developed a new fuel cell that reportedly lasts 10 times longer than any other current technology.

The researchers believe that this advancement, coupled with mass production, could finally make the fuel cell economically viable and provide a suitable replacement to traditional gas-powered engines.

According to the researchers, the cost would be comparable or even cheaper than gasoline engines.

The fuel cell is promising, but based on the test vehicle design, let's hope they just stay focused on fuel cell technology and don't try to move into automotive design. Let's leave that to the Lazzarini's in this world.

These fuel cells are designed to be more durable by delivering a constant amount of electricity as opposed to other designs that provide fluctuating energy.

Fuel cells produce electricity from the chemical reaction when hydrogen and oxygen are combined to make water. By providing a constant amount of energy, the cell design can be simpler and thus, cheaper.

Next, the researchers will work on the problem that has plagued the industry for years: getting people to use them.

The competition asked participants to manufacture sustainable shelters for deep-space habitation, including the Moon and Mars.

The team created MARSHA, a 15-foot tall prototype that was 3D printed by robots in 30 hours. The team likely beat out the other challengers because it was printed with little human intervention -- robots even placed the windows.

MARSHA was printed in a biopolymer basalt composite, a biodegradable and recyclable material made from materials found on Mars. The composite stood up well to NASA's pressure, smoke and impact testing and proved to be stronger than other concrete competitors.

AI SpaceFactory spent two years developing construction technologies for Mars. Next, the team plans to recycle and use the materials to 3D print TERA, which is essentially the same thing, but built for Earth-based humans.

The team plans to launch TERA on crowdfunding platform Indiegogo and will offer people a chance to experience what sustainable life might be like on Mars.

I for one, will be signing up, or at least eagerly await it until I realize that I'm priced out. 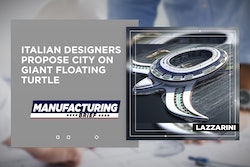 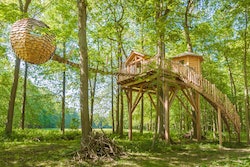 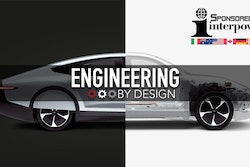