How could anyone have ever anticipated such a criminal enterprise? Also, humanoid robots that don't look human, and the next Silicon Valley will be in Canada.

Take, for example, ibuki, which is part of the Symbiotic Human-Robot Interaction Project. According to the researchers, ibuki is a child-like robot with a moving unit.

The researchers also developed ERICA, which has a multi-modal recognition system with various types of human-tracking sensors. Not only does she speak to you, but she has non-verbal skills, such the ability to express emotion, motion (like nodding along), and gaze. Need to work on the gaze though, right now, she's just looking through your soul.

The hope is to one day create a world where humans never have to interact with one another again.

Toronto Could Be Home to Next Silicon Valley

Sidewalk Labs is the urban-innovation division of Alphabet, the company that also owns Google.

This week, the company signed a massive deal to develop 12-acres of Toronto into a high-tech neighborhood.

According to a report in Business Insider, the $1 billion dollar project is called "Sidewalk Toronto." The neighborhood Quayside will be developed to be sustainable, affordable and economically welcoming. So, it's just going to be riddled with Canadian hipsters.

Exact plans have not been unveiled, but some speculate that the project will include embedded sensors to track energy consumption, machine learning, self-driving cars and high-speed internet.

Residents fear that Quayside could be the next Silicon Valley, raising the cost of housing, promoting gentrification as well as wage equality.

JPay Tablets are tablets for prisoners. Specifically, they are corrections-grade tablets that inmates can buy and, according to the company, access email, listen to music, play games and read educational materials.

Apparently, the JPay tablets are also vulnerable to cyberattacks and a few prisoners hacked the devices for, you guessed it, a criminal enterprise.

Prison officials out of Boise, Idaho say that 364 inmates from five different prisons transferred nearly a quarter of a million dollars into their accounts. According to a report from the AP, the most that any one inmate received was $10,000, but JPay has only recovered $65,000.

As for how they did it, officials are mum, saying only that the inmates exploited a software vulnerability and it has been resolved.

Until the credits are returned the inmates will only have access to email which they are likely using to brag about their heist. 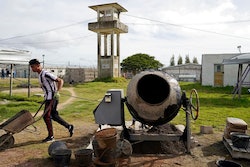 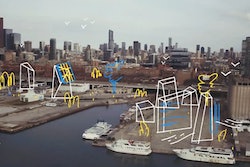