It could quietly turn on your phone's microphone and record you.

In this politically and culturally divided society, it’s Facebook that will ultimately bring us together. Sorry, not Facebook itself, but a patent they’ve recently filed that’s so universally creepy that nobody besides Mark Zuckerberg is going to like it.

On June 14th a United States Patent Office application was published where Facebook suggests some of the most off-putting data-grabbing technology to date.

Detailed by Mashable, the patent describes a scenario where an audio signal would be embedded in broadcasted content like a television ad. The frequency would be too low for a human ear to hear, but your smart phone would be able to detect it.

Once it registers, it can enable your smart phone’s microphone and record the environment’s “ambient audio” – basically whatever speech is occurring at that time around the phone – which would then be sent back to Facebook for analysis. The implication is that the recording could capture the reactions of the phone’s owner, registering an overall “impression” of an advertisement. This impression is packaged with an identification of the individual and the whole privacy-invading ball-of-wax is sent to Facebook for review and analysis.

And while this all sounds like the last thing Facebook should be pursuing in the wake of its extremely damaging data privacy scandal, they actually have your best interest in mind… or so might indicate a statement the company’s Deputy General Counsel Allen Lo provided to Mashable.

Lo says that Facebook has never used this technology in any products and never will. He also goes on to explain to us tech laypeople that it’s quite common for businesses to apply for patents they will never use as a way of blocking their competitors from harnessing the tech in the future.

So, ultimately, Facebook has bravely volunteered the resources of its engineering team in order to save us from somebody else who is obsessed with consumer data. Got it. Now, if you’ll excuse me, I have to go burn my phone, TV and laptop, and just go live in the mountains for a while. 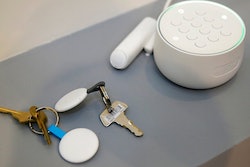 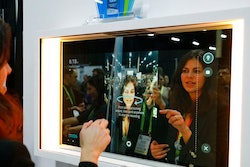 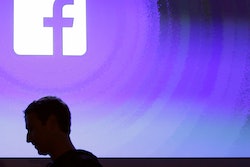