It took 800 hours to create, which is about how long it would take Nissan to make 46,000 cars. Also, BAE's Beowolf and Faraday's million dollar measuring tool.

Beowulf Traverses Through All

Beowulf, the all-terrain utility vehicle from BAE Systems, will make its North American debut next week at the National Guard Association of the United States (NGAUS) symposium in Baltimore, Maryland.

Beowulf is a dual body, amphibious vehicle that is an unarmored variant of the company’s BvS10 combat vehicle and it's designed to go were normal emergency vehicles can't hack it.

The vehicle can travel up to 1,000 km, even when climbing 45-degree slopes, swimming through water, or traversing snow.

It has a payload capacity of 8 tons and built in-flexibility that allows for special role cabins to carry a combination of personnel and cargo.

The AICON 3D Arena platform combines a structured-light 3D scanning system with wireless probing and optical tracking technology. The system is installed at Faraday Future, the company behind the FFZERO1 concept car.

It's the first of its kind in the U.S., and cost Faraday almost $1 million to integrate into its vehicle design studio.

The platform can scan within an accuracy of 25 micons, and the company says its largest margin of error is about half the width of a human hair.

The system has 16 high-resolution cameras hanging above a scan zone that is large enough to fit a full-size SUV.

According to Faraday's blog, the camera array acts as a positioning system, tracking a ground-level mobile scanner as a specialist maneuvers it through the arena to capture detailed scans from every possible angle.

An infrared-sensitive reference field built into the arena’s floor emulates the collection of those circular, high-contrast stickers that were usually placed across objects’ surfaces during scanning.

According to the company, a clay car model would require more than 200 of these stickers, and this alone saves an average of three hours per vehicle model scan.

In an effort to celebrate the launch of the Qashqai crossover, Nissan commissioned the world’s largest sculpture created with 3D pens, 3Doodlers to be exact, but this is no ordinary doodle; Nissan doodled a full-sized replica of the new Qashqai Black Edition.

Using 13.8 km (8.6 miles) of 3D-printed strands of filament, a team lead by artist Grace Du Prez completed the sculpture in three weeks. It took 800 man-hours to complete - whereas Nissan says it knocks out 58 Qashqai's every hour at its plant.

The 3Doodler Create 3D pen works by heating solid plastic to 230°C and extruding it through a 0.7 mm wide nozzle as it cools.

Now, each 10-inch strand of doodler material yields 100 inches of plastic, and they typically come in packs of 25 at about $9.99 per pack. To get 13.8 km of material, it would take 218 packs. When you consider the typical costs associated with 3D printing, a little over $2,000 doesn't sound that bad for a likely viral marketing campaign.

But then I suppose that you have the team of world-class artists, and something tells me they didn't do this one for free. 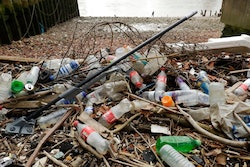 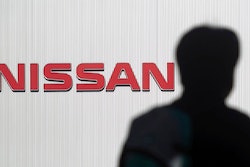 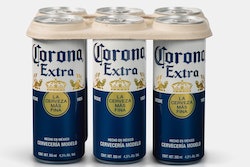