Six years ago, Ian Burkhart was paralyzed in a diving accident that left the 18-year-old from Ohio a quadriplegic.

Now he's is the first participant in a clinical study for a device called NeuroLife, a prototype medical system that’s driven by Burkhart's own thoughts to perform complex functional movements, like picking up a spoon, holding a phone to his ear, or even playing Guitar Hero.

NeuroLife was invented at Battelle which teamed with the physicians at Wexner Medical Center at Ohio State who implanted a computer chip smaller than a pea onto the motor cortex of Burkhart's brain.

The device interprets thoughts and brain signals and then bypasses Burkhart's injured spinal cord and connects directly to a sleeve that stimulates the muscles that control his arm and hand.

The technology has been under development for more than a decade, but Burkhart said it was an easy decision to participate in the clinical trial, because it gave him a chance to try to help others with spinal cord injuries.

Burkhart is the first of five potential participants. A second patient has been selected and is scheduled to start the study in the summer. 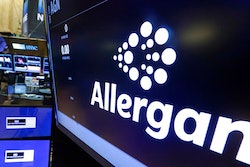 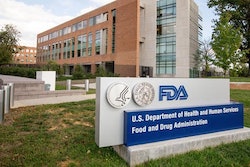