How the Chrysler 200 Failed

Predicting and responding to gas price fluctuations has long played a pivotal role in the sales success of automotive OEMs.

After all, it was the over-production of gas-guzzling SUVs and trucks that brought vehicle makers to Congress with palms outstretched not too long ago.

Fast forward to 2016 and gas prices are again forcing the OEMs to adjust production models in response to changing consumer demands. This time, however, gas prices are lower, but as the Chrysler 200 illustrates, the effects are still dramatic and far-reaching when vehicle makers fail to adjust quickly enough.

Sales of the 200 were down 61 percent through March, with outstanding inventory levels at a 150-day supply. According to Ward’s Automotive that’s about 2-1/2 times the optimal length of time. And although production may have shifted to Mexico regardless of the 200’s sales performance, Fiat-Chrysler has decided to downsize its workforce at the Sterling Heights, MI facility where the 200 was being produced.

In addition to changes at the pump that altered consumer driving preferences, the 200 also failed in a number of engineering facets.

Poor reviews piled up in criticizing the vehicle’s unresponsive handling, rough-shifting transmission and a lack of power from the base model’s four-cylinder engine. Additionally, internal and external critics alike, including FCA’s CEO Sergio Marchionne, felt the rear roofline design compromised access to and from the rear seat in seeking a more aerodynamic look.

These issues would also explain why Consumer Reports stated that every other sedan in the 200’s category was simply better. It’s probably also the reason why year-over-year sales decreased by more than 50 percent and 1300 people lost their jobs.

FCA is expected to shift its focus to crossovers and trucks, as monthly sales for their Jeep Cherokee have been higher than the combined total of the 200 and Dodge Dart – another soon to be discontinued model. 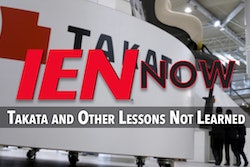