How Bobsled, Luge & Skeleton Hurtle Humans Faster than Cars on a Highway

It looks like the riders simply slide down an icy track, but there's a lot more going on. 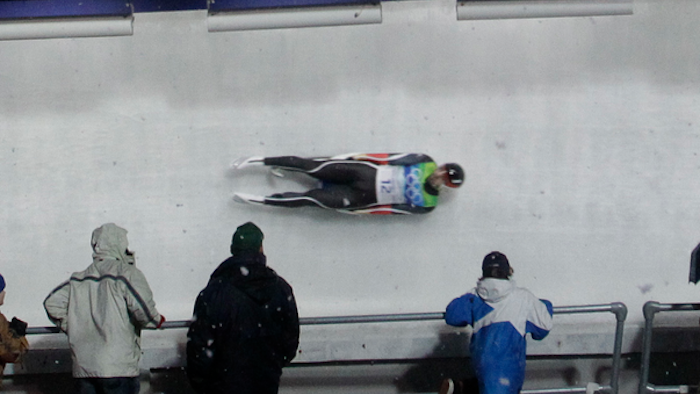 Speed alone may be the factor that draws many sports fans to the bobsled, luge and skeleton events at this year’s Beijing Winter Olympics. But beneath the thrilling descents of the winding, ice-covered track, a myriad of concepts from physics are at play. It is how the athletes react to the physics that ultimately determines the fastest runs from the rest of the pack.

I study the physics of sports. Much of the excitement of a luge run is easy to miss – the athletes’ movements are often too small to notice as they fly by looking like nothing more than a blur on your television. It would be easy to assume that the competitors are simply falling or sliding down a track at the whim of gravity. But that thought merely scratches the surface of all the subtle physics that go into a gold-medal-winning performance.

Gravity is what powers the sleds down the ice-covered tracks in bobsled, luge and skeleton events. The big-picture physics is simple – start at some height and then fall to a lower height, letting gravity accelerate athletes to speeds approaching 90 mph (145 kph).

This year’s races are taking place at the Yanqing National Sliding Center. The track is roughly a mile long (1.6 km), drops 397 feet of elevation (121 meters) – with the steepest section being an incredible 18% grade – and comprises 16 curves.

Racers are dealing with a lot of kinetic energy and strong forces. When athletes enter a turn at 80 mph (129 kph) they experience accelerations that can reach five times that of normal gravitational acceleration. Though bobsled, luge and skeleton may look easy, in reality they are anything but. 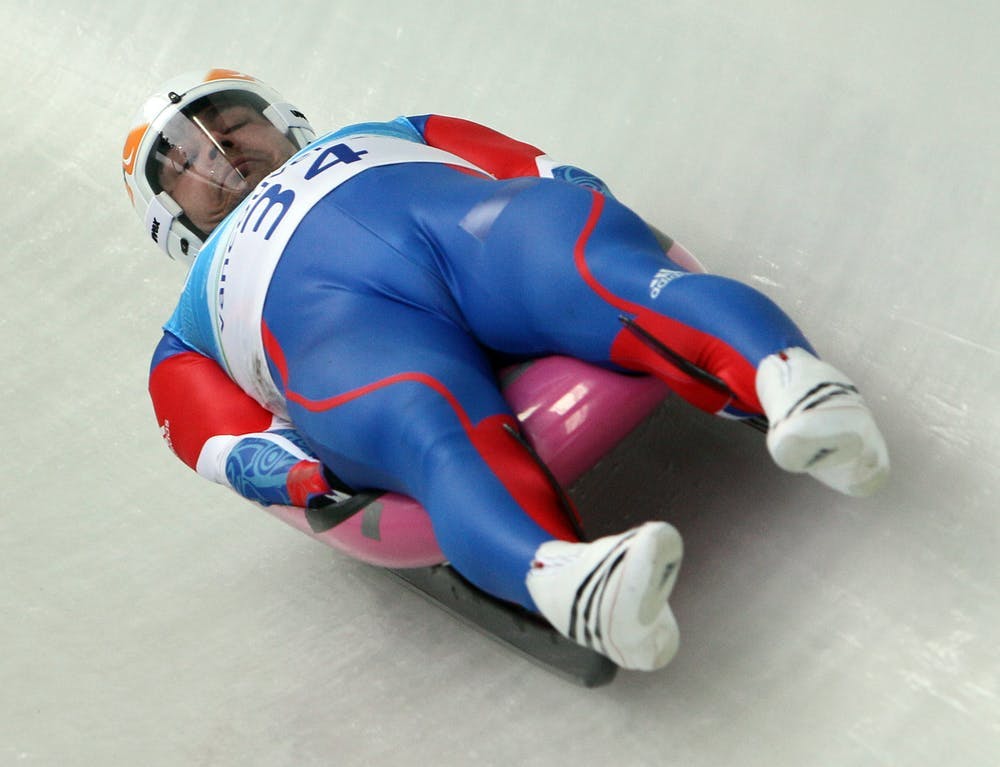 Racers need to be as aerodynamic as possible to minimize drag and go faster.AP Photo/Ricardo Mazalan

Most tracks are around a mile long (1.6 km), and the athletes cover that distance in just under a minute. Final times are calculated by adding four runs together. The difference between the gold medal and silver medal in the men’s singles luge at the 2018 Winter Olympics was just 0.026 seconds. Even tiny mistakes made by the best athletes in the world can cost a medal.

All the athletes start at the same height and go down the same track. So the difference between gold and a disappointing result comes not from gravity and potential energy, but from a fast start, being as aerodynamic as possible and taking the shortest path down the track.

While gravity pulls the athletes and their sleds downhill, they are constantly colliding with air particles that create a force called air drag, which pushes back on the athletes and sleds in a direction opposite to their velocity. The more aerodynamic an athlete or team is, the greater the speed. 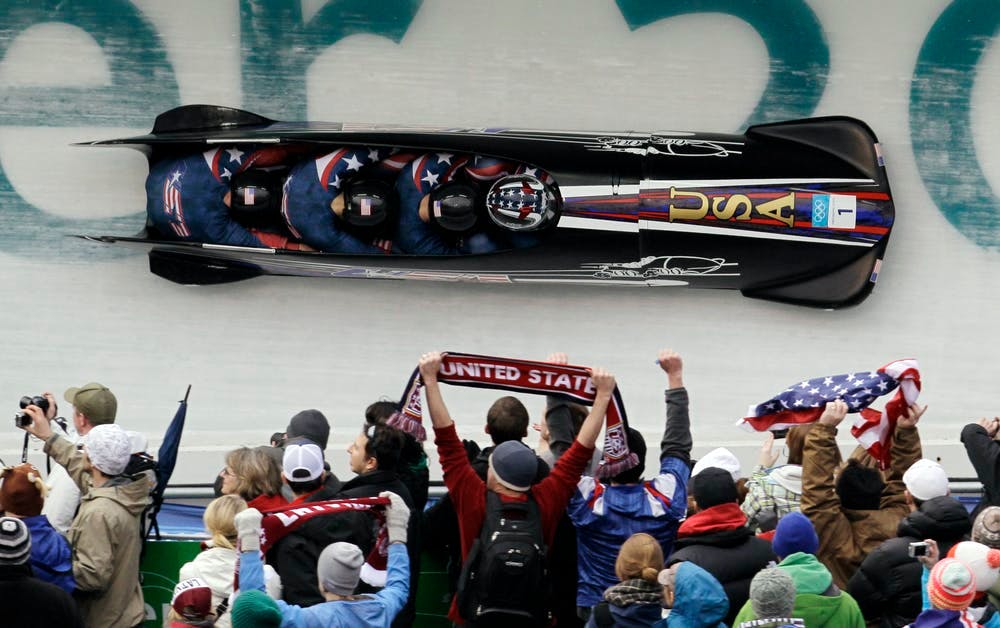 Bobsled teams must tuck themselves behind the leading edge of the sled to avoid the oncoming air.AP Photo/Andrew Medichini

To minimize drag from the air, luge riders – who are face up – lie as flat as possible. Downward-facing skeleton riders do the same. Whether in a team of two or four, bobsled riders stay tucked tightly inside the sled to reduce the area available for air to smash into. Any body positioning mistakes can make athletes less aerodynamic and lead to tiny increases in time that can cost them a medal. And these mistakes are tough to correct at the high accelerations and forces of a run.

The shortest way down

Besides being as aerodynamic as possible, the other major difference between a fast and a slow run is the path riders take. If they minimize the total length taken by their sleds and avoid zigzagging across the track, riders will cover less distance. In addition to simply not having to go as far to cross the finish line, shortening the path means facing less drag from air and losing less speed from friction with the track.

Fans often miss the subtleties involved in turning and steering. The sleds for all the events sit on steel blades called runners. Bobsleds have two sets of runners that make contact with the ice. The front rider pulls on rings attached to pulleys that turn the front runners. Runners on luge sleds have curved bows at the front where riders place their calves. By moving their head and shoulders or flexing their calves, athletes can turn the luge. Skeleton riders lack these controls and must flex the sled itself using their shoulders and knee to initiate a turn. Even a tiny head movement can cause the skeleton to move off the optimal path.

Though it may appear that the riders simply slide down the icy track at great speeds after they get going, there is a lot more going on. Viewers will have to pay close attention to the athletes on those fast-moving sleds to detect the interesting facets of physics in action.

This article is republished from The Conversation under a Creative Commons license. Read the original article here: https://theconversation.com/the-high-speed-physics-of-how-bobsled-luge-and-skeleton-send-humans-hurtling-faster-than-a-car-on-the-highway-175985.

Upon successful development, ABS will be the preferred high-voltage battery supplier for Solo AVT’s trucks.
May 26th, 2022

It would be the first new test reactor built in the U.S. in decades.
May 24th, 2022
Follow Us
Most Recent