The ACV is highly mobile and can conduct rapid maneuvers.

The U.S. Marine Corps has awarded BAE Systems a contract modification for the second lot of full rate production of Amphibious Combat Vehicles (ACVs). The $169 million contract award is for 33 vehicles.

BAE Systems is already under contract to deliver two variants of the ACV Family of Vehicles to the Marine Corps: the ACV personnel variant (ACV-P) and the ACV command variant (ACV-C).

The company has also received a design and development contract for a 30mm cannon variant (ACV-30), and a recovery vehicle (ACV-R) is also planned.

BAE Systems was awarded the first full-rate ACV production Lot 1 contract option in December 2020 for the first 36 vehicles and the second option in February of 2021 for an additional 36 vehicles.

Earlier this fall, the ACV team delivered the 100th Low-Rate Initial Production (LRIP) ACV to the Marine Corps and is on schedule to complete LRIP deliveries by January 2022, as ACV fielding to the Fleet Marine Forces continues on time and budget. 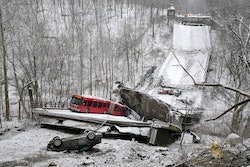