The stunt drew criticism from the German government. 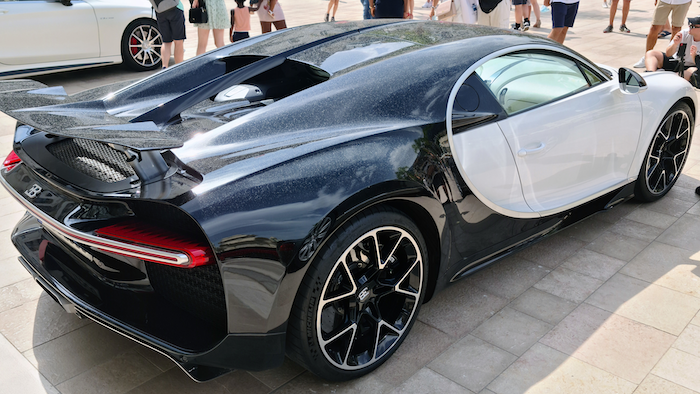 BERLIN (AP) — Germany's Transport Ministry has criticized a stunt that saw a Czech millionaire drive his high-powered sportscar along a public highway at speeds of up to 414 kilometers per hour (257 mph).

A video posted online this month shows Radim Passer pushing his Bugatti Chiron to extreme speeds on a stretch of Germany's A2 Autobahn between Berlin and Hannover.

Beneath the video, Passer wrote that the stunt was filmed last year on a 10-kilometer (6-mile) straight section with three lanes and “visibility along the whole stretch.”

“Safety was a priority, so the circumstances had to be safe to go," he said.

But the car can be seen passing several other vehicles on the highway and the light in the video suggests it was at twilight.

While much of Germany's Autobahn network famously has no speed limit, the Transport Ministry said in a statement Wednesday that it “rejects any behavior in road traffic that leads or can lead to endangering road users.”

“All road users must abide by the rules of the road traffic regulations,” it added, citing the first clause of Germany's road traffic law, which states that “anyone participating in traffic must behave in such a way that no other person is harmed, endangered or obstructed or inconvenienced more than is unavoidable under the circumstances.”

The ministry noted that the law also requires drivers to “only drive so fast that the vehicle is constantly under control.”

Passer, who according to Forbes is the Czech Republic's 33rd-richest person with a wealth of 6.6 billion Czech crowns ($308 million), suggested beneath the video that he placed his faith in more than just his driving skills during the stunt.

“We thank God for the safety and good circumstances, as we were able to reach the speed of 414 km/h!” he wrote.

The Green party, now a junior partner in Germany's coalition government, called for a 130 kph (80 mph) speed limit across the Autobahn network in last year's election campaign, as part of efforts to cut the country's carbon dioxide emissions. But that idea was ditched during talks to form the new government.